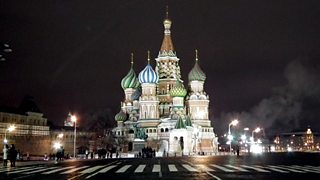 The Russian media is witnessing a new and extremely disturbing phenomenon: death threats against journalists and media organisations uttered with apparent impunity on national television.

On 29 June, the state-controlled NTV channel ran another in its long series of hatchet jobs on the Russian opposition. Its target this time was Russia Behind Bars: a support group campaigning against miscarriages of justice which it accused of siphoning off money to fund the Ukrainian radical nationalist group Right Sector.

But this latest attack had an added ingredient: a direct death threat against Olga Romanova, the journalist and opposition activist who heads Russia Behind Bars.

The threat against Romanova came from Oleg Protasov, an actor with a criminal record for theft who starred in the Russian TV prison drama The Zone. With shirt unbuttoned to reveal a hairy, medallioned chest, and with the gravelly voice of a heavy smoker, Protasov stared into the camera and vowed that Romanova would pay for her alleged misdeeds:

"Olga Romanova, I want to say, wherever you are, whoever you are with, whatever black (expletive bleep) is protecting you, they will find you and rip you to pieces," he said.

Writing in independent newspaper Novaya Gazeta, Romanova said she suspected that the ultimate source of the threat was "bodies connected to state services". She also said she thought the reason behind it was her "many years writing" for the paper.

Romanova has worked for a number of independent media and was a presenter on privately owned REN TV until it was taken over by businessmen linked to the Kremlin in 2005.

She founded Russia Behind Bars after her husband, businessman Aleksey Kozlov, was jailed on charges of fraud that many believe were politically motivated. Kozlov was released in 2013 after serving four years.

Speaking on independent radio station Ekho Moskvy, she said the threat against her might also be connected to her bid to stand in this autumn's Moscow parliamentary elections.

Colleagues in the media and opposition were shocked.

"This is the first time that a national TV station has aired a cold-blooded promise to do away with a Russian citizen," journalist Stanislav Kucher wrote on liberal website Snob.

Opposition politician Boris Nemtsov said the threat should not be taken lightly. "Let's all monitor the situation. Otherwise they will kill Olga Romanova. I say this with all seriousness," he wrote on Facebook.

But the death threat against Romanova was not a one-off. In fact, just days earlier Gazprom-owned NTV had broadcast a similar threat against the radio station Ekho Moskvy.

On 20 June, NTV's crime show Emergency Incident reported that separatist rebels in east Ukraine were planning to open offices in Moscow to counter the "lies and propaganda" put out by some Russian media.

A masked man in camouflage gear was then shown promising to punish the "fifth column" at Ekho radio. Amid prolonged expletive bleeps, he said: "You will see death. And this is what death will look like." At this point he jabbed two fingers at his eyes as they peered out from behind his black balaclava.

Far from treating this death threat as a violation of the law, NTV merely quoted experts as saying that in "almost all its reports Ekho Moskvy exhibits an anti-state position".

Romanova has made an official complaint about the death threat against her to the Investigations Committee (IC).

But Nemtsov for one was doubtful about whether the IC will act.

Since Vladimir Putin came to power in 2000, five Novaya Gazeta journalists have been murdered, including the paper's Chechnya correspondent Anna Politkovskaya, who was gunned down at her Moscow apartment block in 2006.