is an author and broadcaster, and the presenter of Radio 4's In Alistair Cooke’s Footsteps 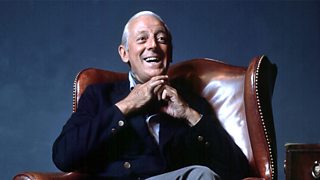 I met Alistair Cooke only once - it was a typical New York City chance encounter - as we were both on our way to our dentists at 800 Fifth Avenue. Cooke had come downtown from his apartment and I had come uptown from mine. I recognised him immediately.

As we waited in the lobby, I eagerly took the opportunity to tell him how much I had enjoyed his television work and admired his books. He was gracious, quite formal, just as I thought he would be, and he sounded just as he did on television. We had a lovely short chat about his work and his travels around the US - the kind of light interaction that can happen when you meet an amiable celebrity in New York City. However, for me, this chance meeting was thrilling and memorable.

Like many Americans, I first came to know of Alistair Cooke when he hosted Masterpiece Theatre on the Public Broadcasting Service (PBS) on Sunday nights. Cooke did not ‘come into my home’, as the saying goes; he came into my college dormitory room. He appeared at the start and end of the programme, giving summaries of the episodes and important details about the plot, characters and historical references. His was probably the first English accent I ever heard.

The way he presented himself in dress and manner, as well as the cadence of his voice, intrigued me. I began to find out more about him and discovered his now legendary Letter from America.

Over the years, friends from Britain would tell me about listening to Letter from America - how it gave them their first mental pictures of America and Americans, and made them want to see and experience America for themselves. Finally, during my first trip to London in 1985, I heard Letter from America for myself. I don’t remember the subject but I remember my thoughts about its structure: it seemed a somewhat wandering compilation of several different thoughts and digressions around the topic.

When the book Letter from America was published in 2004, I sat down to read them - with my version of Cooke’s voice in my head. Many of his insights, thoughts and conclusions about the US remain relevant decades later. However, I felt some Letters did not reflect the US that I had experienced, especially during the earlier years of his broadcast.

Why were his Letters timeless in so many ways, yet a bit blind in others? As he gained insight about the US, so too can we gain insight by tracing, with the benefit of hindsight, his personal journey through the country during the 58 years (1946-2004) of the weekly Letter from America.

Now I’ve listened to a considerable chunk of Alistair Cooke’s Letter from America posted on the BBC Archives website. I have listened in my apartment in New York and during my commute on the subway; during flights across the Atlantic and across the US; on trains through the English countryside; and during a road trip with my producer Bill Law when we retraced Cooke’s travels around the country and visited some of the places he returned to repeatedly in the Letters.

The most effective and memorable combine the historical and the personal. They often do this by including a little history lesson to provide an appropriate amount of context; a bit of personal reflection about the current situation; and then the delivery of his insightful conclusion, or thoughts about the subject and its relationship to an aspect of America - its global or domestic politics and responsibilities, its social issues and attitudes, its culture, its dreams and its future.

The 12 programmes I’ve chosen are those I would recommend to anyone who wants to hear Cooke at his best, but also wants to get a feel for the breadth and depth of the subjects he covered. Some deal with important historical events; others cover events that I experienced; some mark key points in Cooke’s career. All are fascinating:

In the original Letter, Cooke returns to New York after a month’s stay in the UK during the worst year of post-war deprivations. He reflects directly and ironically on the differences between the UK and US.

Cooke describes a Congressional Inquiry into the Vietnam War, and then the war itself. About five minutes into the Letter, he asks a series of questions that still apply to the US’ involvement in wars today. It is an unsettling and brilliant Letter because the underlying issues - rhetoric, policy and the cost of the war -remain the same.

This Letter, on the meaning of the assassination of JFK, is one of Cooke’s shining moments. He captures what Kennedy meant to “a new generation of Americans” and what a blow his death was. Cooke’s comments about JFK’s rhetoric and the blockades he faced early in his administration could have been written today about President Obama’s early days in office.

This Letter about the Watts riots contains so many of the prejudices, stereotypes and statistical bigotry of its day that it is hard to listen to. It’s an example of how Cooke’s privileged, white ‘Fifth Avenue’ American lifestyle blinded him to the reality of the daily lives of black people across the US at the time. What he says about the south, where I was growing up in 1965, is so rose-coloured as to be offensive. Listen carefully to his tone of voice, his metaphors and similes, the examples and the words he chooses, and you can see how much he had absorbed and justified this pervasively negative point of view about black Americans. As I listened, I wondered if Cooke had ever talked to a black American in the south, north, east, or west.

Cooke discusses enforced busing in Boston in a detached, cool manner that summarises the issues a little too simply. He seems to play down the horrible vitriol and frightening bigotry on display every day by a hardcore group of people in the Irish enclave. Today, the underlying issues that Cooke discussed are still alive in Boston and the US, but in somewhat more subtle ways.

Cooke describes the events leading up to and following his being on the other side of the doors from where Robert Kennedy was assassinated at the Ambassador Hotel three days earlier. His description of Ethel Kennedy’s eyes, the emotional, visceral reactions of people in the room upon hearing the news, and his own feelings, are vivid and unforgettable - Cooke at his best. But then he steps back, using the device of talking about the situation with an old friend to place the assassination in the context of the larger struggle for civil rights by black people and what their reaction to Kennedy’s killing might be. His closing summary is very much what the majority of white people in the US feared most - wrongly.

Here, talking about American English and immigration, Cooke admits he was wrong. Being British, he quickly apologises as he tells the stories of four immigrants. Two deal with teaching bilingual education and some of the problems surrounding this approach. Stories three and four, however, are not just about immigration: they are about two brilliant entrepreneurs. Cooke weaves personal experiences, his historical perspective and his insights about human beings into a satisfying, timeless Letter.

8. The English language and immigration, 18 December 1992

Starting with a curious discussion of a British writer’s perceptions of US names, this Letter provides an intriguing essay about immigration as well as learning English and other related issues. Cooke offers a quick historical sketch of some of the anti-immigration movements in the US and the groups at which each was aimed. Cooke is an admirer of President Theodore Roosevelt’s belief about the need for all immigrants to speak English. Parts of this Letter could have been written about immigration in the US today.

After a little history lesson about the St John the Divine Cathedral in New York, Cooke offers a thoughtful tribute to the art of jazz and the music and accomplishments of Edward Kennedy Ellington, ‘The Duke.’ The insights, especially those about Earl Fatha Hines and his memories of recording sessions with The Duke, are unforgettable. The story of Cooke’s visit to Ellington’s apartment is a jewel. It’s clear that Cooke admired Ellington as a musical artist, as a human being, and as a symbol of humanity. 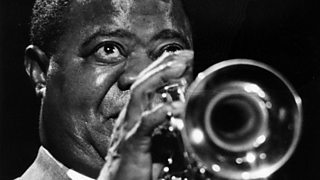 This Letter opens with Cooke’s memory of his ordering and receiving his first jazz record: St James Infirmary by Louis Armstrong. After a brief lesson on the early negative reactions to jazz, Cooke makes a beautiful transition into a tribute to Armstrong’s distinct life, his exceptional talent and his originality.

Cooke talks about the history of political conventions in Chicago and reflects on Bill Clinton’s decision to hold the 1996 Democratic convention there - the first to be held in the city since the “disastrous convention” of 1968. He begins with passages from one of his 1968 Letters, describing his dismay at the “murderous ferocity of the [Chicago] police” and more. The 1968 Letter is unusual because Cooke’s anger and disappointment are apparent. However, he incorporates a wonderful encapsulated history of the “astonishing” city of Chicago, a place he admired despite some unfortunate aspects of its history. Cooke makes the good and bad of Chicago memorable, and leaves you wanting to know more.

While it is probably not one of his best Letters, one has to be curious about how an iconic broadcaster closes a 58-year run. He uses the motif of a fairytale to look back and summarise the state of US foreign policy through Saddam Hussein, George HW Bush, Bill Clinton, George W Bush, weapons of mass destruction, John Kerry’s presidential candidacy, and the hopes of the Democratic Party. There is no personal statement, no goodbye to his audience, no summary of his 58 years in broadcasting - no sentimentality at all. Near the end of the Letter he says that the three top concerns of the US public in 2004 were to recover the 2 million jobs lost; to reform of the healthcare system; and Iraq. He managed to remain relevant until the end.

Links to all of these episodes of Letter from America.

For more on Alvin Hall's series In Alistair Cooke's Footsteps.

London symposium on the safety of journalists