is international director, Centre for Freedom of the Media

Former BBC News correspondent William Horsley, who works on policy initiatives to safeguard freedom of expression, reports from a meeting of the Commonwealth Human Rights Initiative in London last week. 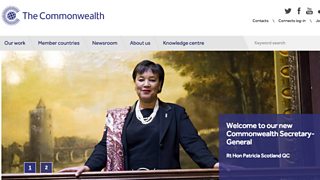 How can the Commonwealth confront the repression – and in some cases forceful oppression - of independent and critical journalists in some of its member states?

In journalism alone, there is plenty of cause for concern. In Sierra Leone, more than 20 journalists have been arrested in what critics see as a systematic government crackdown on dissenting voices. That was just one example raised at a meeting in London last week of the Commonwealth Human Rights Initiative, attended by representatives of civil society and media organisations.

Many who want the Commonwealth to live by its Charter and the so-called Latimer House principles of democracy are frustrated, complaining that the organisation has opted out of monitoring, let alone policing, serious violations of its rules.

Sue Onslow interviewed all five previous Secretary-Generals for the Commonwealth Oral History Project. She says that the Commonwealth’s human rights unit, set up in 1990, has been stymied by a lack of resources and an unwillingness to work with civil organisations that have played a central role in the advance of democracy across the world.

A high point came with the Commonwealth’s Harare Declaration in 1991, a ringing commitment to dismantle apartheid. But later, Onslow says, its basic stance has been “to leave human rights to member states and the UN”.

The outgoing Secretary General, Kamalesh Sharma, has been criticised for putting his trust in quiet diplomacy, though his defenders claim successes for that approach, such as the creation of national human rights commissions in Bangladesh and the Seychelles.

In 2011 Sharma rejected a recommendation by an advisory Eminents Persons Group (EPG) for the creation of a Commonwealth Human Rights Commissioner with powers to help support human rights and the rule of law. Hugh Segal, a Canadian member of the EPG, says in an interview for the Oral History Project that the Commonwealth was "stepping back at the precise point where it should be stepping up" to help resolve acute problems including allegations of war crimes in the Sri Lankan civil war, and anti-gay laws in parts of Africa.

In Sri Lanka, 30 journalists are among many civilians who were killed, abducted or disappeared between 2010 and 2015 alone. In almost every case those responsible have escaped justice because no serious investigation has taken place.

In Pakistan, another Commonwealth country, more than 100 journalists have been killed in the past 15 years. While UN agencies led by UNESCO have contributed to projects aimed at creating a safe and enabling environment for journalists, critics say the Commonwealth has been conspicuous by its absence.

Now hopes are being pinned on Patricia Scotland, who has already said she intends to take on the task of persuading the 40 Commonwealth states that still treat homosexuality as a crime to decriminalise it and to push for strong action against domestic violence, female genital mutilation and widespread discrimination against women.

Some speakers at last week’s conference suggested that as an experienced lawyer with dual British and Dominican nationality, Baroness Scotland is well placed to effect change. The UN’s Sustainable Development Goals, agreed by the whole international community, include one (Number 16) for access to information and justice for all.

Hugh Segal believes that the Commonwealth can only become more dynamic “if we choose a Secretary General who’s prepared to engage”. Patricia Scotland has stressed that the Commonwealth works by consensus rather than coercion. But her arrival looks like heralding louder demands for the Commonwealth to address the serious human rights concerns facing journalists and others in its member states.