If you lived in the 'most deprived estate’ in Wales, would you let the cameras in?

is a producer on Week In Week Out for BBC Wales 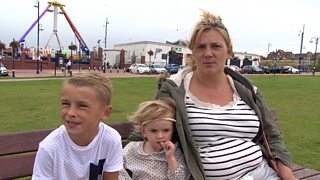 A year ago I’d never heard of Lansbury Park. I had no idea that this little-known estate, seven miles north of Cardiff, had emerged as Wales’ most deprived estate in a Welsh Government rankings table in 2014.

Tucked away in the Caerphilly mountainside, the estate has 700 homes, three quarters of which are council-owned. As tough estates go, it is not the most crime-ridden or poorest in Wales. What’s lacking is opportunity – a shortage of life chances that’s contributing to poverty of aspiration and a benefits culture.

When I first visited Lansbury Park, it was evident it lacked facilities, symbolised poignantly by an old community centre which has been abandoned and boarded up for an incredible 25 years.

I soon realised that the reasons for this estate’s spiral into decline could make interesting and insightful television, but after meeting its people I found a deep mistrust of the media.

When I broached the idea of a documentary, the residents were convinced I wanted to portray the community in a bad light. They were used to hitting the headlines for all the wrong reasons.

Then I was introduced to several women who had set up a group to fight back. They told me they felt forgotten and let down by the authorities, blaming the council for the estate's decline and the local media for its poor reputation.

Their lives were by no means perfect but these women had fire in their bellies and were collecting signatures for a petition calling for the reopening of the eyesore community centre.

Among the women I met was mother-of-six Annemarie Bridgeman. Annemarie is a real ‘tiger mum’ who understands the importance of education for her kids. Lee, her eight-year-old son, is exceptional at maths. But with 50% of people in Lansbury Park without a single qualification, she was fearful of Lee becoming just another statistic, dropping out of school and living on benefits.

A larger-than-life character, I knew that Annemarie’s story would be compelling on film. But she steadfastly refused to have any part in my project. 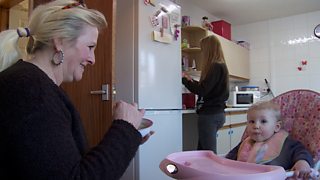 I also met 47-year-old Clare Masters, a mother of five, and her 16-year-old daughter Chantelle who'd just had a baby girl, Freya. Clare has lived on benefits most of her adult life and hasn’t had a job since she was 20. She gives her time to volunteer in the community, is a talented flower arranger and would like to set up her own business. But she had lost confidence and couldn’t seem to find the motivation.

I found both their stories fascinating and spent weeks visiting them, hoping to gain their trust. It took many hours of gentle persuasion over cups of coffee to tip the balance and for Clare and Annemarie to agree to take part in the programme. I had convinced them I was not out to make them pure entertainment: there was a purpose to telling their stories. They could not believe how persistent I was but I knew they had an inspirational story to tell, warts and all, and I wasn’t going to give up without a fight.

Eventually they let me into their homes to film. They understood that I had to show the problems of their estate – poor educational achievement, a lack of opportunity and poverty of aspiration – in order to tell their stories.

By now the campaign for the old community centre was gaining momentum and that battle was to become the main thread of the programme.

Showing both sides of the story – that there is more to life on Lansbury Park than people struggling to live on benefits – has made for a rollercoaster of a filming year. The women have had their own personal challenges to face and have often felt like giving up. It's not been easy to maintain their trust.

I hope the programme is a refreshing take on life on an estate where, in the end, people power can triumph over adversity.

Wales’s Most Deprived Estate: The Fight Back is on BBC One Wales, Monday, 14 March at 9pm and on BBC iPlayer.

Young women audiences are telling us what they want, if only we’d listen