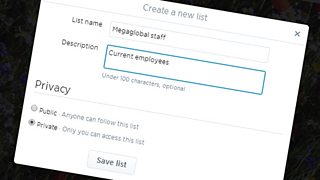 Twitter lists are my favourite way to filter information. A private Twitter list lets you follow anyone without them knowing you follow them - which basically undermines the whole idea of social media but has its uses if you are a checking out a company, for instance, and don’t want to follow visibly.

This kind of list presents a narrative in tweets that at first sight appear to be random, but I will explain how you can make sense of it.

At the height of the financial crisis, I was following 75 Dutch bankers of ABN AMRO. I filed them away in a private list. On a Monday morning one banker said: “Hate unscheduled meetings.”

The normally lively chat of bankers then stopped for more than four hours. At the end of the afternoon the first banker came back online: “Sometimes you must leave behind what you love the most.”

A few minutes after that an intern wrote: “Will have to go back to school, one month earlier than I thought.”

I called the restaurant in Amsterdam and asked if there was a meeting of the bankers, which they confirmed. What had happened was that the employees were being informed that there would be lay-offs. We ran the story the next day.

In itself, no employee had said anything that was damaging for the company, but by combining the individual banker tweets the narrative became clear:

Thanks to my list, these subtle hints were not drowned in a timeline full of friends, family and strangers, where I might have missed their implications.

So how do you find the right people for your list?

Let’s assume we want to make a list of people who work in the defence industries. Most of them are instructed not to have a public account. But some are allowed to be on Twitter as long as they make no reference to their daily work. So a nuclear missile specialist from Milwaukee can write in his biography: “Loving father, love basketball” but not “Work with classified material, defense specialist. Specialise in nukes”.

So how do you compile a private list of loving fathers who specialise in nukes?

1. Use a bio search engine

Start with Followerwonk.com or Twellow.com. These allow you to quickly search Twitter bios and also spot active users. There are always some people who don’t follow company policy and reveal more than they should.

Try to locate sources that are of interest to your subject. I know for sure that a hotel in San Jose, Motel 6, is often visited by defence personnel. 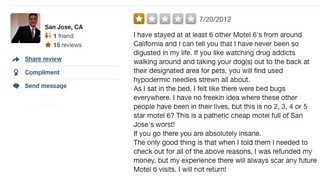 So he hated that hotel. Now let’s find out who he is. Drag the picture into Google Images and click search. 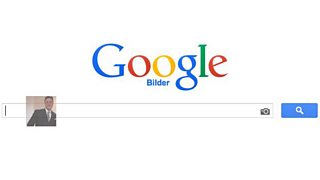 Google tells you his full name, because he used the same photo in LinkedIn: 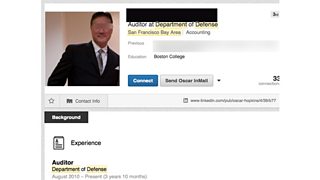 Use these people’s friends to make the list bigger. Click on each member in the private list and click on Followers. Scroll down to the ‘last’ page: followers there will be the people who started following that person first, back when their account was set up - and will typically include their colleagues. Try to validate the accounts by using tools like Creepy to find out where they’re located. (If they have ‘Add a location to my tweet’ ticked in their Twitter settings. The BBC advises its journalists to untick this for investigative work.)

When you have completed your list, it can act as your own home-made ‘water-cooler’ for any given group of people: you won't hear super secrets but the chatter is probably focused on the company or organisation.

I have more than 400 private lists and 10 public lists. I don’t use them if I don’t need them. But when I’m monitoring a specific topic, I open the list and look at what, say, bankers, lawyers, doctors, rocket scientists, Google employees, defence employees or ecologists are saying.

The beauty of public lists is that you can feed them into Flipboard, a mobile-only app that visualises Twitter, amongst other social media.

Next time I’ll show you how you to make a magazine out of 200 Google employees and other Twitter users.

Welcome: Our website is now open to the world