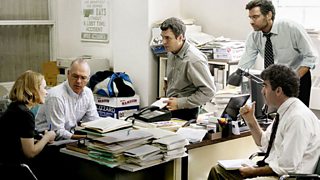 I went to see Tom McCarthy’s Spotlight with rather low expectations of how investigative journalists would be represented.

In most drama for the screen – and especially UK drama – journalists are depicted as bloodsucking, irresponsible and unethical. In a standard police procedural drama for instance, you can guarantee that if you’re introduced to a journalist, he or she will best be depicted as grubby, up to no good, often harassing victims or witnesses of crimes, and generally getting in the way of a perfectly good police investigation.

Spotlight on the other hand, is much closer to what I’ve witnessed during 13 years as a reporter for BBC Northern Ireland’s own Spotlight programme. In many ways the fictional representation of investigative journalism in the film is remarkably faithful to the reality.

The first thing the film gets right is that confidentiality and secrecy are huge aspects of what we do. In the film, The Boston Globe’s investigative team live and work in a separate basement office. For the most part, they don’t tell their colleagues at the newspaper what they are working on.

That certainly rings true. We tend to keep all stories inside the Spotlight office, but we also go a step further – we even maintain a high degree of confidentiality from other Spotlight programme teams.

It’s something of an unwritten rule, even when we socialise together. People are often surprised when I tell them that on some of Spotlight’s biggest scoops, I have only found out the details like everyone else, by watching the programme on transmission.

The film is also remarkably accurate in other ways. Our job is all about forging relationships with people. We might be dealing with a whistle-blower, a lawyer, or a campaigner and in many cases, it can be a victim of crime or a survivor of some terrible trauma. A good investigative journalist has to be able to relate to people and crucially, to level with them in terms of what they can expect.

We’re not seeking to manipulate or exploit them. When vulnerable people tell us their stories, we are always trying to strike a balance between the public interest of getting an important story on air and treating victims and survivors with respect and understanding. Always, the contributor comes first.

In my career, I have sat in front of many people who have been through traumatic events; I have listened to many of them for hours, only to decide by mutual agreement that the person isn’t ready to go on camera, or do any kind of interview.

There are many other similarities between the Hollywood version and real life: the drudgery of going through files for hour after hour, looking for patterns or inconsistencies; the brick wall of hostility put up by institutions when they are under pressure; the long editorial meetings in which we continuously question our own assumptions. 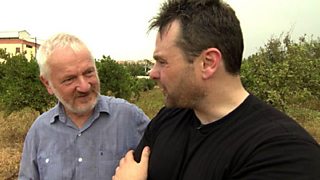 Most of all, the film captures very well the sense of “scrabbling around in the dark”, as Marty Baron (Liev Schreiber), the editor of the paper puts it. This is often the condition endured by investigative journalists for weeks and maybe even months until suddenly, a light goes on.

Maybe you get some documents, or recognise a pattern in the old ones. Maybe you get a second or third source on a fact, or a source who was off the record agrees to speak out publicly. In other words, the spotlight goes on and things become a lot clearer.

For investigative journalists, that’s an incredible moment, far better than any accolades or awards.

Finally, I think the film also catches very well the strange, indefinable essence of the investigative journalist. In the movie, they all have very different personalities, from the collegiate, wise-cracking Robbie (Michael Keaton) to the fiery, anti-authoritarian Rezendes (Mark Ruffalo).

Just as in real life, the characters all have one thing in common; a commitment to finding out the truth in a world that has, at its root, some sense of natural justice. I would describe it as a cynical analysis of how the world is, combined with a stubborn idealistic vision of how it ought to be.

I have worked with dozens of fine journalists during my career on Spotlight. These people differ wildly in their personality and approach to life, yet they have in common that same urge to scrabble around in the dark until somehow, at some point, a spotlight is turned on and everything becomes clear.

Investigative journalism with bite: How the Ferret was set running

Our section on vulnerable contributors