For breaking news, WhatsApp can be a strong team player

Watching the dreadful news from Brussels and Lahore unfold across social media reminded me yet again just how much the news process has changed in the last 10 years.

Sitting in the BBC newsroom on the morning of 7 July, 2005 we watched with horror as the first images of the London bombings were sent in via email. It dawned on us then that the audience knew more than we did and things would never be the same.

Photos like this, (sent to BBC News by Alexander Chadwick) captured the moment and changed everything but back then it was so slow. With the birth of Twitter, of course, news distribution became instantaneous and brought with it a whole host of other new problems. 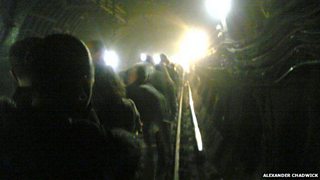 The need to share and crucially to verify real-time information is critical and while we journalists talk a lot about social networks and messaging apps being invaluable tools in the newsgathering discovery process, we rarely focus on the newsgathering teams themselves and how they communicate in a crisis.

For many journalists email is still one of the primary ways they share breaking news but others, often the smaller more nimble teams, are testing newer tools.

Back in January I was in Singapore running some social media training for newspaper journalists and spent an extra day with the BBC team in their office. Half way through my first training session, news broke that there had been bombings in Jakarta. For a tiny team dispersed across the Asia Pacific region it was all hands on deck, including mine.

As the well-oiled machine swung into gear and everyone got on with their jobs, I scoured social media for eyewitnesses. The professionalism of the team was normal to me - just like the old days working on a breaking story - but what really surprised me was how the team used WhatsApp to communicate. 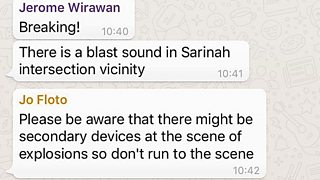 “It’s something we've been using for major deployments for some time now.” says Singapore bureau editor Liz Corbin. “It is superb for information sharing and crucially for team morale. I am repeatedly struck by how vital it is in terms of getting a story right and quickly.” 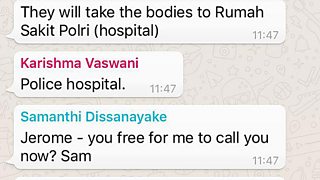 The chaos of a big breaking story was filtered and controlled by the team sharing and verifying information as they got it. Facts were checked, visuals verified and there was a real sense of a hugely supportive team working together. As horrific pictures emerged the journalists were warned to be ready, which is crucial in helping prevent vicarious trauma.

It was a casebook study in how to use modern technology to break news and build your team. So, could it work in yours?

It sounds obvious but before you start, you need to make sure that everyone is happy to share their number, has downloaded WhatsApp and knows how to use it.

Here’s the drill from then on:

It goes without saying that if you’re sharing sensitive content, it is essential that you issue a warning first so that people can be emotionally prepared. 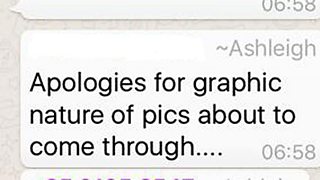 And as a rule, content shared in the group should not be used for broadcast without clearing it with the person in charge – it might not be verified or could put others at risk.

Videos and stills from social media may not be great quality but they are very useful for giving a picture of what’s going on and in extremis, can and have been used for broadcast. So if WiFi is down or too slow, then sending video via WhatsApp is a great alternative to official newsgathering tools.

Our other blogs by Sue Llewellyn

Our section on social media skills

Our journalist safety section, including trauma in journalism

WhatsApp, WeChat or Snapchat? A dummies’ guide to the new messaging apps

Viewing shocking eyewitness media is ‘as traumatic as frontline reporting’

Bad news for broadcasters as online video powers ahead