Britain's longest-serving national news presenter, Peter Sissons, has delivered a withering critique of the BBC's stance on global warming, claiming that it is 'effectively BBC policy' to stifle the views of climate change sceptics. 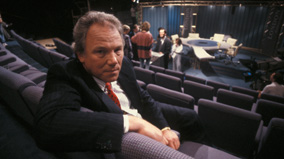 'I believe I am one of a tiny number of BBC interviewers who have so much as raised the possibility that there is another side to the debate on climate change', he told the Daily Mail.

'The corporation's most famous interrogators invariably begin by accepting that "the science is settled", when there are countless reputable scientists and climatologists producing work that says it isn't', Sissons concluded.

Follow up: Unpredictable weather: why the climate is not a model citizen
Follow up: Is the climate warming or cooling?
Follow up: Giant trees decline in Yosemite: climate change may, or equally may not be to blame