Massive Estimates of Death are in vogue for Copenhagen

The successor to the Kyoto Protocol will be negotiated in large part at the United Nations Climate Change Conference hosted in Copenhagen this December, and as such the lobbying, horsetrading and politicking has already begun in earnest. Judging by the early entries, the theme seems to be Massive Estimates of Death. 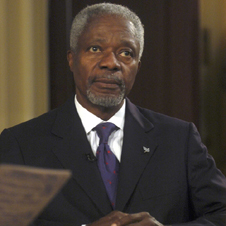 These are genuinely alarming, sit-up-and-pay attention sort of figures. The problem is that once you've sat up and paid attention enough to examine them a bit more closely, you find that the means by which the figures were arrived at isn't very compelling.

Referring to the 300,000 souls, page 1 of the reports states: 'These figures represent averages based on projected trends over many years and carry a significant margin of error. The real numbers could be lower or higher...' before going on to say, 'These already alarming figures may prove too conservative.' Or not, as the case may be.

Later, in the section entitled 'Attribution of weather-related disasters to climate change', it says 'there is not yet any widely accepted global estimate of the share of weather-related disasters that are attributable to climate change' before going on to make one up by the unusual expedient of using earthquake disasters as a proxy for the weather. (See page 86 for the full explanation.)

This is just a snapshot, but it's fairly representative. The report contains so many extrapolations derived from guesswork based on estimates inferred from unsuitable data sets that you have to ask some serious questions about the methodology.

Cryptically, Mr Annan states in the introduction: 'Humanity is facing a rare challenge. But it is a common challenge.' Like the report itself, you know what he's driving at, but have to ask yourself if there wasn't a better way of putting it.