The former minister of state for the environment and climate change, Elliot Morley, has been both sacked and suspended from the Labour Party for apparently claiming £16,000 of taxpayers' money on a mortgage that no longer existed. 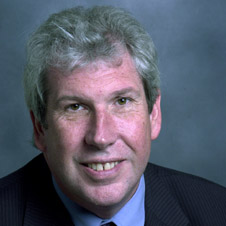 As Mr Morley closes the door on his way out, the least we can do is commemorate his accomplishments in the climate change hot seat. Speaking in January this year, he perhaps unsurprisingly declared himself in favour of state aid. He said that 'clean energy' projects like wind farms should get government backing if they couldn't get private funding because of the credit crunch.

But he went on to warn that simply putting money in people's pockets 'risked encouraging further unsustainable consumerism', according to the Guardian. How prescient.

Although, as we've seen, it really all depends on how you do it.