Fear of a fat planet

Britain, as you're probably aware, is putting on weight. By 2010, 40% of the UK's population will be obese, compared to just 3% in the scrawny Seventies. Obesity not only affects your health and sex life, but also contributes to climate change in a big way, according to a study published today in the International Journal of Epidemiology. 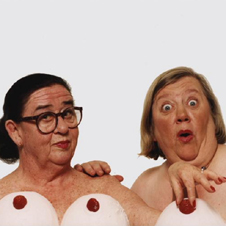 So how does obesity affect the climate? Food production is an energy-intensive affair, accounting for 20% of the world's emissions already, according to the authors of the study, Phil Edwards and Ian Roberts. The average Brit consumes about 20% more food energy today than they did in the Seventies, and with climbing obesity rates it's only likely to get worse.

A second, less obvious side-effect of obesity is transport emissions. Simply put, cars and planes burn more fuel moving heavier objects. And we, on average, are much heavier objects than at any time in our history.