And now the end is near.... yes, dear readers, this is the last blog I'll be writing for BBC Sport. Or as my colleague Honest Frank put it, the end of an error.

Regrets, I've had a few - namely not being able to sign off with my team safely ensconced in the Premier League. Although on the plus side, at least we didn't go down.

And now the tears subside.....actually I'm not continuing with this My Way nonsense a second longer. Let's get on with the business of reviewing the week, resurrecting a few gems from the ghosts of Reviews past and possibly slipping in the odd musical reference.

What better place to start than Lord (can't see the wood for the) Triesman, who must have felt like the lyrics to Colonel Abrams' biggest hit when the revelations of his 'private conversation' were made public. 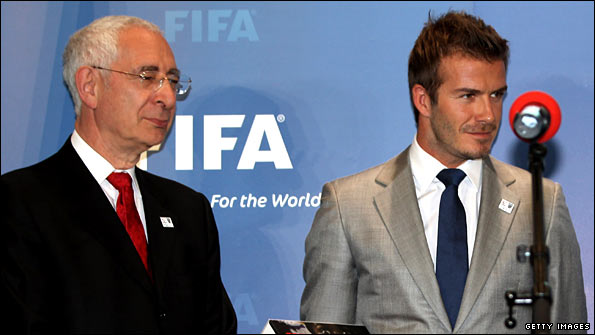 There's no fool like an old fool (and I should know) but you've got to feel a bit sorry for the loose-tongued Lord. If all the secret chats I've had over the years were made public, I'd be on Britain's Most Wanted, not to mention Jeremy Kyle.

After baring her soul to a Sunday newspaper, who knows what the 'femme fatale' in question will do next. Personally, I'd like to see her release an album of Smiths covers - Big Mouth Strikes Again, What She Said, Squealer Take A Bow - the list is endless. And if she needs a helping hand, Triesman could always chip in with I Know It's Over, Panic, or Heaven Knows I'm Miserable Now.

The Lord might have lost us one World Cup, but at least we won another as our proud boys from South Africa, Ireland (and even the odd one from Blighty) smashed the Aussies in Barbados.

New dad Kevin Pietersen led the charge, and it appears a fair trade with Australia has been reached at last - we'll keep tonking you at cricket and you can have the World Snooker champion.

While KP was doing the business, his second-in-command, KP 'B', was doing his nut after missing the chance to send Chelsea back to the King's Road with their tails between their legs.

John Terry appeared to have a few words with Boateng before he took the kick, with (ex) Pompey manager Avram Grant explaining: "He said 'Can you shoot like I did in the Champions League final?'"

Carlo Ancelotti celebrated Chelsea's first double by going all Phil Brown on us and belting out Blues anthem 'Cantare' from their open-top bus. As for his Smiths song - well, it's got to be This Charming Man.

Meanwhile, there were fears expressed for the well-being of JT's England team-mate Wayne Rooney, when he was pictured in some papers emerging from a dirty old caravan sporting a huge, straggly beard and a pot belly.

At first glance I thought someone had finally tracked down Marco Boogers, but turns out the image was taken from an ad showing how Wazza could end up if he doesn't produce the goods in the World Cup. 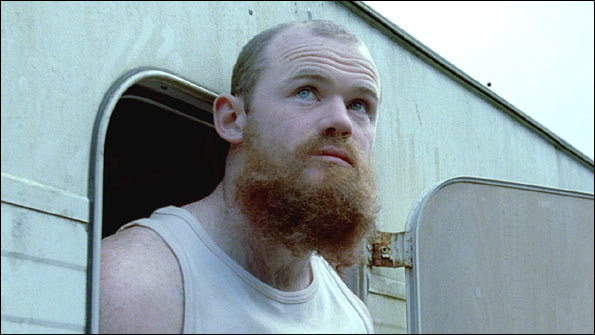 Career on the wane Rooney
In an interview with The Sun, Rooney admitted that as a kid he used to wear sovereign rings like the one worn by his alter-ego in the commercial (in other revelations, Jordan used to play with Barbie dolls and Sam Allardyce was the tuck shop monitor).

Wazza also confirmed that he still uses the hairdryer to help him get to sleep, although Colleen wishes Sir Alex would go to his own home some nights.

Now, as promised, a few of those nuggets from Reviews past. The Brian Blessed award for best beard goes jointly to Roy Keane and David Beckham, compared respectively to the sailor Action Man and Galen from Planet of the Apes.

Noel Gallagher had a stab at the best celebrity fan gong with last week's announcement that he was going to name his unborn son Tevez, but he was blown out of the water by Morrissey's revelation that he was a Millwall diehard. As one Crystal Palace fan wryly observed at the time: "No wonder he's such a miserable sod."

Best jokes (apart from QPR's hirem-firem policy) concerned Spurs and Newcastle. There were a plethora of gags doing the rounds when Tottenham propped up the league, but my favourite was: "Juande Ramos was caught speeding the other day - he'll do anything for three points."

Then there was Gavin & Stacey star Matthew Horne's tweet when the Magpies went down: "Earlier today I saw a Newcastle season-ticket nailed to a tree. I thought 'I'm having that!' - 'cos you can never have enough nails, can you?"

Best nicknames; 'Wash' Ngog and 'Miami' Weiss, while former Wolves striker Steve Bull gets best quote after answering a question about who would be his ideal dinner party guest with the legend: "If he was alive, Muhammad Ali."

Most of you will probably have seen the Chants of the Season by now, but I'm going back to the last campaign for this little gem, when Tottenham fans spotted the Gallagher brothers at the Man City game and sang: "You're just a s@*! Chas 'n' Dave!"

Best messageboard moan (or Uptown Top Ranting, if you prefer) is another joint award between two disillusioned fans. The first came from a fellow QPR supporter, who groaned: "...I hate Garth Crooks. I hate Garth Brooks for that matter.... I hate grown men wearing football shirts of their team whilst shopping on a Saturday when their team is playing at home.... I hate that I don't hate Roy Hodgson."

The second was from a Grimsby fan, who growled: "Dad, you can (go away). This is your fault. Your idea. You introduced me to this shower of (manure). 'Come with me to Blundell Park,' you said, 'Come and support the boys.' What could I do? I was (flipping) four, what choice did I have? Why not get me hooked on heroin whilst you were at it? I could have gone with mum shopping for bras and knickers at British Home Stores, but no, you knew best...."

The worst 'get your coat' moment (I've had a few) came when I suggested a new Liverpool aftershave range should be named 'You'll Never Walk-Cologne". Sorry about that. 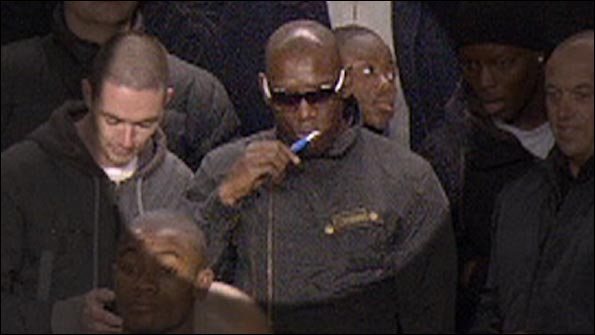 The tooth is out there somewhere
And finally, best story. So many to choose from - Stephen Ireland pimping his girlfriend's ride, the Chelsea fan caught brushing his teeth at the Man Utd game (otherwise known as 'Cole-Gate'), the Sunday League player booked for deliberately breaking wind as his opponent took a penalty, and the Millwall season-ticket holder who couldn't understand why his seat had been taken when he went to get a ticket for the Charlton game, before eventually realising it had been sold to him at the start of the season.

Runner-up is Port Vale skipper Tommy Fraser, nephew of notorious gangster Mad Frankie. According to legend, when he was at Brighton, Tommy was asked by a local reporter if his uncle ever came to watch him play. "No," came the reply. "But he reads your reports and he was unhappy you only gave me six out of 10 last week." Fraser never got less than seven again.

But the clear winner is the poster on a Rangers messageboard who came up with a cunning plan to get fans into Dundee United after the visitors' allocation had sold out. He urged them to ring up the club shop and buy some Dundee United socks, give it a while, ring back and then get the tickets, safe in the knowledge their details would be stored on the Tannadice system.

Perfect, aside from the fact there was no such database, resulting in Rangers fans ending up with hundreds of pairs of Dundee United socks and no match tickets. The poster was a Celtic fan.

Right, that's it. Sorry Cardiff fans, but good luck to my old mucker Ian Holloway at Wembley on Saturday - not least because the Bluebirds beat us in the play-off final a few years' back and the Blackpool manager was the inspiration for one of the best footie ads ever. Get on yer janner!

And so as the blog is finally laid to rest, it is perhaps fitting that I shall be spending Saturday night in a place called the Talbot Hotel, which is apparently haunted by the ghost of Mary Queen of Scots. I'll naturally pass on your regards if I see her. Have a good weekend, summer and indeed life, one and all. What can I say? It's been emotional.

I may not be blogging on the BBC any more, but I will be tweeting quotes, chants and daft stuff, so sign up to my Twitter page if you want to hear more - and feel free to tweet me any gems, or email on chris.charles@bbc.co.uk