"I am very happy at Inter. I am not happy in Italian football - because I don't like it and they don't like me. Simple."
Jose Mourinho does his best meerkat impression to express his distaste with football Italia.

"In terms of finishing fourth, on that performance we wouldn't finish 44th."
A rueful Martin O'Neill following Aston Villa's 7-1 drubbing by Chelsea.

"So sorry to every Villa fan after that appalling display. I'm embarrassed to call myself a footballer after that rubbish, sorry."
Villa defender James Collins bleats - sorry, tweets - after the Chelsea hammering.

"Leave me alone for (goodness) sake!"
Arsene Wenger feels the heat during the post-match press conference at Birmingham.
One word may have been ever-so-slightly changed - Ed. 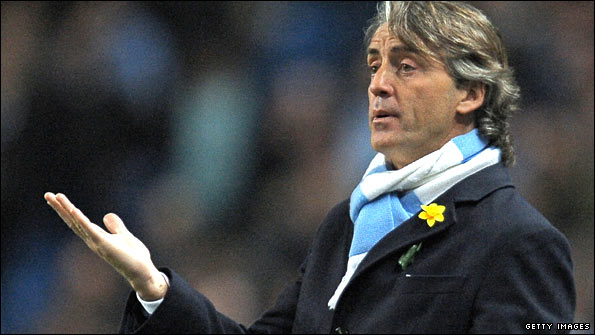 You need hands...
"If I was waving my hands then it can happen sometimes. If it upsets people I will try not to do it again next time."
Roberto Mancini and his uncontrollable hands, following the touchline tiff with David Moyes.

"We've got the beach ball ready and packed!"
Steve Bruce ahead of Sunderland's trip to Liverpool, where the reverse fixture was decided by the infamous beach ball goal. Sadly Bruce's side forgot to pack a punch.

"I nearly broke my nose, but it's definitely my goal."
Birmingham striker Kevin Phillips after equalising with his hooter against Arsenal.

Question: "I've already written you three letters but they haven't been delivered...Well ... My name is Olga, I'm 13 years old. I go out for football and I'm your biggest fan..... Well, my dad does not allow me to play football but I want to...- Andrey, tell me what to do?"
Andrey Arshavin: "Listen to your Dad."
Arshavin does his bit for sexual equality on his hilarious blog.

"The tracksuit top might be a decent souvenir but I doubt if my reading glasses would be any good to someone else."
Plymouth boss Paul Mariner, who threw his top into the crowd after returning to former club Ipswich, but forgot the glasses were in the pocket.

"There were positive reasons why it was a negative result."
Tony Mowbray fails to talk himself out of trouble after Celtic's embarrassing 4-0 defeat by St Mirren. He was sacked shortly afterwards.

"There was a clause in his contract that he could play a certain amount of
games. If he played one more, we would pay £4m. At the moment Portsmouth
cannot pay £4."
Portsmouth manager Avram Grant on being forced not to play Aruna Dindane to avoid triggering a payment to Lens.

"His movement for his goal was unbelievable, he was at the right place at the
right time. I think he will play until he is 51. That is in two years."
Grant on ancient striker Kanu, who showed there's life in the old dog by scoring the winner against Hull.

"To think about Europe is like having a Fiat Panda and wanting to beat Fernando Alonso's Ferrari."
Real Valladolid coach Onesimo Sanchez has no driving ambition.

"The only thing I am sorry for is doing it in front of the ladies. It did get
taken out of proportion, it was only a roll-around in the bushes. I didn't see
them, then before you know it the manager's got a couple of phone calls, then
it's in the press and some people think I'm Mike Tyson."
Hull midfielder Jimmy Bullard on his tussle with Nick Barmby that gave a watching Women's Institute group more than they bargained for.

"England finally cruised to a 2-0 series win over Bangladesh through the batting of Alastair Cook, who hit a 12th Test century, and Kevin Pietersen."
From the BBC Sport website after England's victory over Bangladesh.
I hadn't realised hitting KP would help ensure victory!
(Jon Price, Wales) 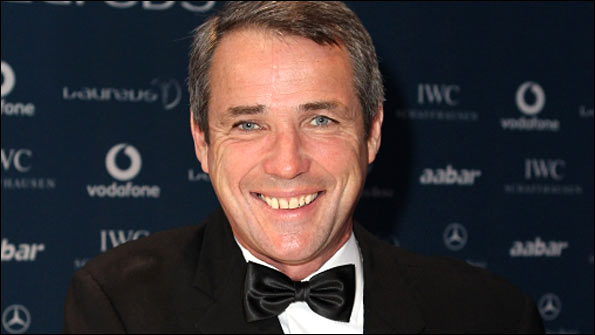 "The header is across goal and into the corner and Fulham have made the perfect start to the second half."
Commentary at the Hull-Fulham game. Might have been a bit more perfect if it hadn't been Fagan scoring Hull's second goal!
(Libby Curran, USA)

"If your team only scores one goal in the second half, when your team led 7-0 in the first half, you should sack that manager."
Alan Green on 5 live's 606, talking about the Luton Town drubbing. Hate to have him as my team's owner!
(Thomas Armstrong, St Albans)

"Chelsea currently stand on 65 points, so a win tonight would take them up to 67 points."
Steve Claridge getting his sums wrong on Radio 5 live Sports Extra before the Pompey-Chelsea Game.

"Celtic can still win the Scottish Cup, which would take the gloss off what has been a poor season."
Roddy Forsyth after Celtic's 4-0 drubbing by St Mirren.
(David, UK)

"I like playing the big names."
Elena Baltacha talking about her win over Li Na.
(Ewen, UK)

"The creation of an Englishman, the execution of a big Norwegian."
Commentary after John Carew scored an equaliser during the Aston Villa-Wolves game - showing just how ruthless the end of the season can be.
(Libby Curran, USA)

"Within 15 minutes, it was clear Sneijder needed to be closed down, that Frank Lampard needed to sit on him."
Steven Howard in his column for The Sun. Maybe Chelsea should have marked the Dutchman a bit tighter, but sitting on him seems a little extreme!
(Jack Tappin, England)

"That's a dreadful tackle. Kevin Thompson comes through the back of Steven Thompson and Craig Thompson has a big decision to make."
Commentator on the Thompson trio in the Rangers v St Mirren Co-operative Insurance Cup final.
(George Quin, England)

"I said if he played well he could have a few days off. He is shooting off to catch a train. I think he is going to France, I can't tell with him. He is a rogue."
QPR boss Neil Warnock on Adel Taarabt. 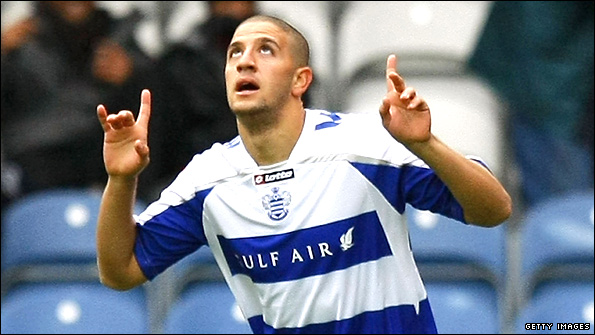 "They've sent Shah in at three. It's a good move, it'll give him time to play himself in before he explodes."
Harsha Bhogle commentating on the Kolkata Knight Riders against the Mumbai Indians in the IPL.
(Jay Fenney, UK)

"He's headed it, with his well... (thinks about what he is saying) head obviously!"
Paul Merson on Soccer Saturday.
(Jamie Riley)

"I'll give my players their subs back after that."
Ian Holloway, following Blackpool's 5-1 victory over Swansea.
(conradedkins)

Jeff Stelling: "Leroy Lita would love to score against Reading, and he has, but in the wrong goal!"
Dean Windass: "You're wrong, Jeff - it was David Wheater."
Jeff Stelling: "It's Cockney rhyming slang - Leroy Lita, David Wheater!"
Banter on Soccer Saturday.
(wvforest)

"If you compare him to (Stewart) Downing, there's no comparison."
Darren Gough on Talk Sport, talking about Matt Jarvis of Wolves.
(TalesOfThe54Side)

"In many ways the league table reflects where you finish."
Liverpool fan on Sky Sports News.
(monsieurgazerina)

"He's got a head like a beach ball!"
Liverpool fans to Sunderland boss Steve Bruce.

"I've had many a good day here (at Anfield) - today I'll have to take my medicine and go home with my tail between my legs, and I'll try and come back... with a smaller head."
Fortunately Bruce took it on the chin.

"Its all gone quiet over there!"

"Can you hear the Leeds sing?"

"We're supposed to be at home!"
All sung by Millwall fans to an empty Elland Road after they were kept behind for an hour following the game.
(Rob Perks, UK) 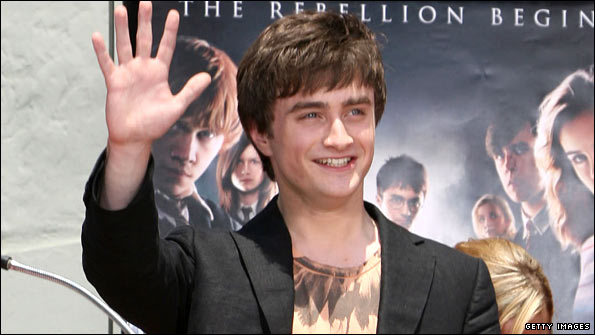 Come and get your programmes!

"There's only one Harry Potter" followed by "Harry, give us a wave..."
Newcastle fans at Doncaster to a programme seller who looked a lot like a certain fictional wizard. He gave a wave and was greeted with loud cheers.
(The Duke)

Arsenal fans: "We've only got one Song" (To Alex Song)
West Ham fans: "I'd rather have a poem than a song!"
At the Emirates.
(Hessler)

"Let's all do the Wenger - la-la-la-la!"
Birmingham fans dance with arms held aloft and gaping mouth after Kevin Phillips' late equaliser against Arsenal.

"And coming into bat next, take a good look at him because he'll be on his way back after the first ball, Mohammed Kamran!"
Heard over the tannoy at a local indoor cricket tournament over the weekend. He looked like he was going to cry!
(Abhammer)

"And the referee for tonight is, everyone's favourite, Davy Malcom."
Tannoy announcer before Linfield v Glenavon match, to which both sets of fans retaliated with a long set of boos!
(Andrew McCormick, Northern Ireland)

As well as my blogs, you can follow me when I'm out and about at https://twitter.com/chrischarlesBBC