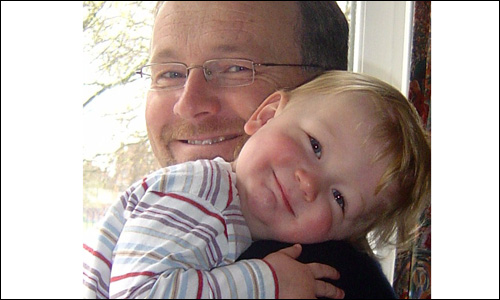 In common with most parents, I'm a big CBeebies fan. Of course, I only watch it when the children ask. And I never, ever end up watching on my own when they've gone off and started doing something else. Oh no.

Nor do I suggest it to them. 'Shall we watch CBeebies?' I don't say. I don't know when Justin's House is on or when Show me, Show me is about to start. And I've never, ever won the 'watch too much CBeebies' Friday quiz on the Facebook page. Never been close, even. Ever.

It's not what dads do, after all. Dad's go out kicking balls in the park; dads teach their kids to jump in puddles, climb trees, ride bikes. Dads are out at work all day and come home in time to give the kids a bath and read them a bedtime story.

Well, not this one. But since giving up full-time work three years ago to become a stay-at-home dad I've had my fair share of prejudice to overcome. Mums are usually fine, once the novelty of a man at the mother and toddler group has worn off. And most dads I speak to start by saying things like 'I could never do what you do' but end by telling me they wish they could spend more time with their children.

No. The prejudice, the expectation, the assumption that it's mum at home with the little ones most often comes from official sources. A recent hospital admission was complicated because they could find no employment category suitable for me. 'I'll put you down as household management' said the receptionist, eventually.

Things got so bad I had to write some books (including one for dads) just so I could call myself an author! Because in spite of all our expectations of equality, being a stay-at-home dad still makes me something of a curiosity.

And yet, figures suggest that there has been a huge rise in dads taking on what was traditionally a mum's role. There are ten times as many of us as there were a decade ago and the latest figures suggest that as many as 1.4 million men are now primary carers for their children. That's one in seven families.

Some of us blog about it, too. Although mummy blogging is much bigger, the number of dads sharing their thoughts and feelings online is growing. As one of them, I'm always on the lookout for new blogs and I'm an avid reader of the CBeebie's Grown-Ups blog. Part of the attraction of such sites is discovering new links, so imagine my disappointment on seeing that the CBeebie's blog linked only to mums. No, not exclusively mums - there was a grandma too. Just no dads.

I fired off an email and - to my surpise and the Beeb's credit - they got back in touch acknowledging the problem and asking for a few suggestions, which I was happy to provide.

And I'm now delighted to see that they've implemented the changes and linked to some dad's as well as mum's blogs. So as the CBeebie's Grown-Ups blog starts a week of dedicated to the dads, why not have a look at a few of our blogs too?

Tim Atkinson's award-winning blog can be found at www.bringingupcharlie.co.uk.

The CBeebies Grown-ups blog is a unique meeting point between parents and the decision makers at CBeebies. It's here that you'll see exclusive news, information and updates about CBeebies first. To leave a comment on the blog you'll need to log in or register with BBC ID.

You can stay up to date with CBeebies Grown-ups via these feeds.