Building blocks. Waymarkers. Stepping stones on the journey. Call them what you will.

The autumn internationals that get under way on Saturday with a mouthwatering trio of matches do so with the spectre of a World Cup looming large.

The 2011 global gathering in New Zealand is only 10 months away, the clock is ticking, and now is the time for big statements if any of the home nations have serious pretensions to challenge the southern hemisphere's current dominance.

Saturday's opening clashes could all be dress rehearsals for World Cup quarter-finals next November, with two in particular looking probable. 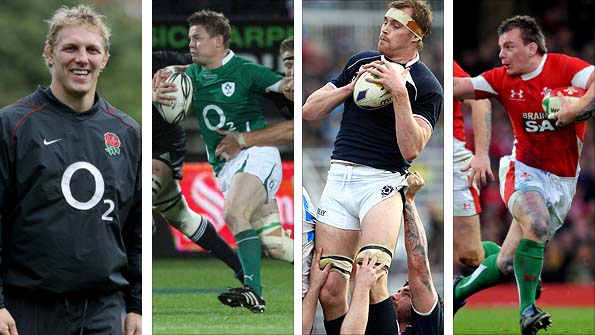 And if England don't finish top of a hazardous Pool B also containing Scotland and Argentina, then - assuming they finish runners-up - they are likely to face the All Blacks, probable winners of Pool A, in a Christchurch quarter-final.

Of course, that sort of conjecture does not allow for upsets in the decisive group games - and Wales may be relieved simply to make the last eight given Fiji (their 2007 conquerors) and Samoa (1991 and 1999 victors) are in their pool with the Springboks.

But it illustrates the point that, for all the strides made by the home nations at different times over the past few years, all of them face a huge task to progress beyond the last eight at next year's World Cup.

And while it would be foolish to pretend that events in Cardiff, Dublin, Edinburgh and London over the next four weekends provide a wholly accurate guide as to what will transpire in New Zealand next year (England's surprise run to the 2007 final after a dire autumn in 2006 ensures caution), a few pointers are likely to emerge.

England famously beat all three of the Tri-Nations giants in successive weeks in November 2002, providing the springboard for their assault on World Cup glory.

The All Blacks' 31-28 defeat at Twickenham that year remains a significant moment - the last occasion they lost to one of the home nations on British or Irish shores.

That statistic is daunting enough, even before you consider that the world's number one ranked team have not even conceded a try on their European travels in the past two years and swept all before them in this year's Tri-Nations.

That tournament featured some extraordinary games and astonishing scorelines, with a 100% increase in tries scored (an average of nearly six per match) on the 2009 edition, a 35% increase in the average number of passes and an average of 37 kicks out of hand per game compared to 60-odd the previous year.

While changes in interpretation of how the breakdown area is refereed have undoubtedly contributed to this exhilarating revival in attacking rugby at the highest level, not everyone is happy about it, on the surface at least.

Ford may have a point. Only one World Cup (the inaugural 1987 event in New Zealand) has been won by the side with the best attacking armoury. Defensive efficiency and kicking prowess have been the more potent weapons ever since.

So will those England supporters heading to HQ on Saturday expecting to witness some of the pizzazz that marked their victory in Australia in June be disappointed?

Apparently so. "We want to make this a good, old-fashioned Test rugby game," Ford said. "We're pretty confident about what we can do defensively. When the players keep hearing about how exciting it is, deep down they will be putting the shutters up."

Ford may be confident in the ability of his players to produce "one of the best defensive performances ever" - and no doubt it will take something of that stature to stop the All Blacks from progressing towards a third "Grand Slam" over the home nations in six years.

But was it just a ruse to dampen down red-rose expectations and make New Zealand think they will encounter the lumbering, defensively minded England of 12 months ago, when Ayoola Erinle was whistled up from the wilderness to play inside centre?

After all, didn't England belatedly show signs of progress under Martin Johnson (played 23 won 9 drawn 1 lost 13) by throwing off the shackles in Paris in March and Sydney in June? 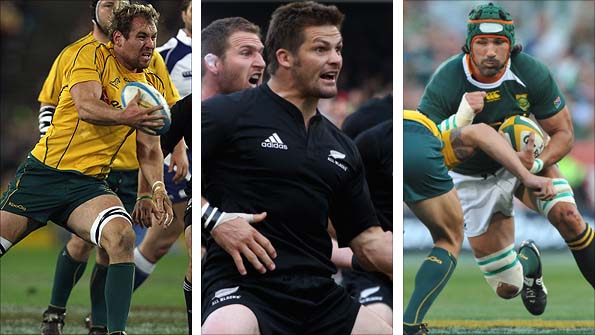 Listening to some of the All Blacks on Tuesday, they expect a more enlightened England on the basis of what they saw in Sydney, when the thrusting talents of Ben Youngs, Ben Foden, Chris Ashton and Courtney Lawes came to the fore.

Ominously, though, they are upset with themselves for "tripping up" - Richie McCaw's words - against the Wallabies in Hong Kong last Saturday and missing out on the chance to equal the world record of 17 Test victories (shared by their compatriots of 1965-69 and the Springboks vintage of 1998-99) at Twickenham.

"It would have been nice but it isn't easy," McCaw said of the missed opportunity.

"Everyone was hurting on Saturday but it wasn't the main reason we were disappointed. [the winning streak] is a by-product of doing your job and we didn't do that. But you learn your best lessons when you come second."

Will we hear a similar, familiar refrain from the home nations when the month is over?

If victories over the All Blacks are rare birds indeed (Scotland and Ireland are still waiting for their first ones, Wales for their first since 1953), is there any hope elsewhere of the northern lights dimming the glow around their southern foes?

Wales, who have slipped to ninth in the world rankings, would struggle to match an improving Wallabies side with a full complement of players at their disposal.

Depleted by injuries to key personnel (Lee Byrne, Leigh Halfpenny, Jamie Roberts and Ryan Jones are all hors de combat ), they look vulnerable on Saturday going in cold against opponents who are currently very hot and who thumped them 33-12 in Cardiff a year ago.

Their second match against South Africa may present the best prospect of a major scalp for Warren Gatland's men this autumn but even if Wales traditionally improve as November progresses, it would be no surprise if a solitary win over Fiji was the extent of their achievements.

The Springboks - like the All Blacks - play all four home nations but the world champions arrive without 13 senior players including captain John Smit, scrum-half Fourie Du Preez and flankers Schalk Burger and Heinrich Brussow.

Ireland, with captain Brian O'Driscoll on board, look a reasonable bet to repeat their Dublin victories of 2004, 2006 and 2009 over the Boks in their first game at the new Aviva Stadium.

But with Paul O'Connell missing from the Irish pack, scrum-half Tomas O'Leary also absent and props Cian Healy and Tony Buckley still earning their Test spurs, it may require a touch of magic from O'Driscoll or Tommy Bowe to sneak a tight game.

And what of Scotland, who backed up victory in Dublin in their last Six Nations match by winning back-to-back Tests in Argentina in the summer, a remarkable achievement in anyone's book?

Andy Robinson's men pipped Australia at Murrayfield last November. Could they end 105 years of failure against New Zealand a week on Saturday? Probably not, with the All Blacks far more battle-hardened, but it may be closer than usual, and a victory over South Africa the following week is not beyond the Scots.

The wonderful Samoans are also in town, lest we forget, playing Ireland, England and Scotland, while Argentina belatedly join the party on this side of the Channel on the final day of action, Sunday 28 November, against Ireland in Dublin.

But it is performances against the "big three" by which the home nations will primarily be judged over the next month, and on which their World Cup prospects will be gauged.

Slim pickings and slender hopes? Or surprise bounties and seeds of glory sown?

Let us know your thoughts.