The mantra stays the same, even if the odds have shortened even further in the Springboks' favour.

Ian McGeechan conceded today that coaching-wise, South Africa have a distinct advantage this week in not having to concern themselves with a Tuesday match in between the critical first and second Tests.

But despite anticipating a full-on fixture with the feel of a 'fourth Test' against the Emerging Springboks at Newlands, the Lions head coach has not let Saturday's events disturb his perennially sunny disposition.

Grey skies and intermittent drizzle have descended on Cape Town since the tourists' return, but the outlook according to 'Geech' remains bright. 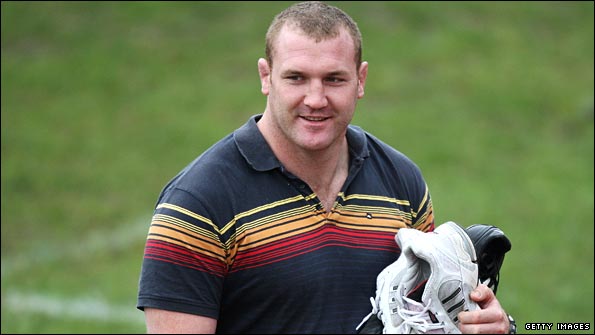 "This is as good as a squad atmosphere as I have experienced on a Lions tour, and this time - the last two weeks - is when you see the real benefits of that," he said on Monday. "I am sure the reaction [to the first Test defeat] is partly because of that dynamic. It has been hugely positive and all that groundwork comes into play now."

As the man who steered the 'Midweek Massive' to an unbeaten record in New Zealand four years ago amid the carnage of the Test team's efforts, he is well placed to judge the difference in mood and momentum.

The first Test may have been a "massive" missed opportunity as McGeechan acknowledged, with technical flaws exposed in the scrum, line-out, maul and finishing areas, but the series is not lost yet.

So McGeechan regards Tuesday as an opportunity to extend his selection options for Saturday's second Test in Pretoria, rather than an unwanted inconvenience.

The absence of Adam Jones and Matthew Rees from Tuesday's 22 confirms they will almost certainly be starting in the front row at Loftus Versfeld.

With the coaches hoping Andrew Sheridan will be fit to resume training on Thursday after the back trouble which ruled him out of first Test contention, the big Englishman could also come into the shake-up, perhaps as a replacement.

Phil Vickery's presence on the bench is less to do with any personal rehabilitation after his distress in Durban, but more to the Lions' lack of remaining options.

With Sheridan still unfit and Euan Murray invalided out of the tour, Tim Payne's arrival at training in jeans and T-shirt, having come straight off the plane with no time to collect any kit, illustrated how short-term preparation for this game has been.

The other replacement prop John Hayes may have been in camp since Saturday but has not played for more than six weeks, so their combination with hooker Ross Ford can hardly be expected to be operating at perfect pitch.

Simon Shaw's absence from the starting XV could be interpreted as a sign that his 6ft 8in,19st 6lb frame is being preserved for Saturday if the Lions opt for greater grunt to counteract Bakkies Botha in the second-row battle.

Then again, a big performances from Nathan Hines, back in his best position of lock, could also bring the naturalised Aussie into contention. 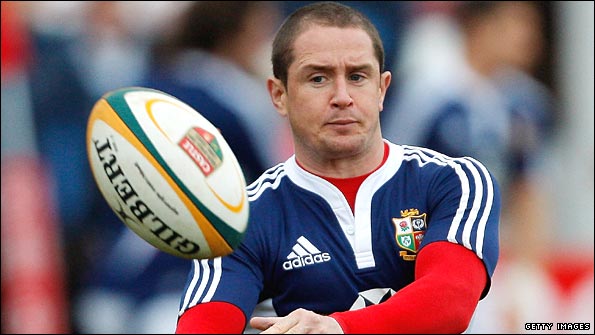 Likewise in the back row, strong outings from open-side Martyn Williams and number eight Andy Powell could yet force a change of thinking.

In the backs, some sharp service from Harry Ellis might just test the theory that Mike Phillips is untouchable at scrum-half, while it is reasonable to assume James Hook will get at least 20 minutes off the bench to prove he remains a Test contender.

For some of these 2009 Lions, Tuesday will be the last time they pull on the famous red jersey. But the urge to prove they merit more time in it should be motivation enough.

(PS If you want more up-to-the-minute chat on life with the Lions in SA, you can follow my Twitter feed from now on...)