So the waiting is nearly over.

On Tuesday at Heathrow Airport, from where the squad will leave in five weeks' time, Ian McGeechan will unveil the 36 players chosen to represent the British & Irish Lions in South Africa.

It is not the first time he has done it, of course. This will be the fourth time in the past 20 years 'Geech' has assumed the responsibility of making some players' days, or careers, and inflicting crushing disappointment on many others.

So it's fair to assume the 61-year-old veteran of six previous tours as player (twice) and coach (four times) has been agonising hard in the last few days and weeks.

If we can be reasonably confident of inking in 20 to 25 of those who will travel, McGeechan is adamant "the final 10 names are invariably what selection is about. We've got to make sure we get the chemistry just right."

If anyone knows the secret of getting that 'chemistry' right, it is McGeechan. 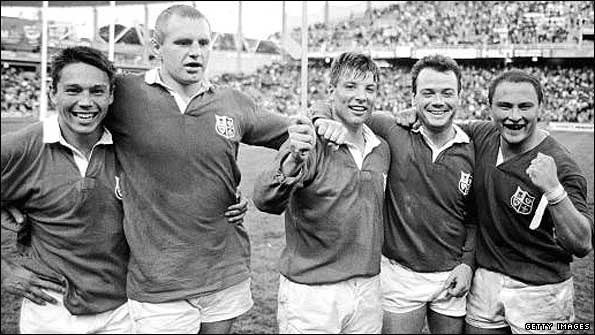 He famously led the successful tours of Australia in 1989, and South Africa in 1997, but also the 1993 tour of New Zealand, where some of the midweek 'dirt-trackers' effectively went 'off tour' and the Test series was lost.

He was also an assistant coach of the 2005 Lions, when Sir Clive Woodward's selection of so many Englishmen (21) in a bloated squad of 45 caused resentment among other nations, with a subsequent impact on morale when the one-sided Test series began.

In a previous blog seven weeks ago I suggested England could be looking at their lowest representation in more than 30 years unless something startling happened in the final two rounds of the Six Nations.

Well, from a neutral's point of view, it was pretty startling to see England playing some free-flowing rugby against France and Scotland, some of the best of the tournament.

As a result, the likes of flanker Tom Croft, who I previously touted as a possible back-row bolter, and centre Riki Flutey moved from the possible to the probable category.

Croft is now being talked of as a likely Lions Test starter, let alone a mere tourist. And with Gavin Henson set to be a stand-by option at best after his latest injury, Flutey is likely to be the rapier alternative to Jamie Roberts' bludgeon at inside centre.

But for all the warm glow of those March afternoons at Twickenham, it is worth noting what Martin Johnson, the only man to captain two Lions tours, cites as critical in assessing potential tourists.

"You need men who perform well away from home, not in front of their own crowd, because all your matches are going to be away," he wrote in his autobiography. "You look for character; for guys who are going to keep fighting when things are not going well, when they have niggling injuries, when they are not going to get into the Test team."

The hallmarks of McGeechan's last Lions selection, in 1997, were boldness and imagination. 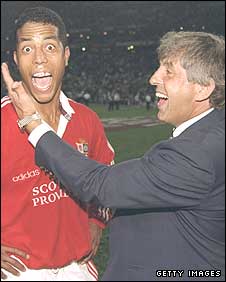 He picked the then uncapped Will Greenwood, others such as Austin Healey and Neil Back who were only on the fringes of the England team at that point, while the impact of the six players recently returned from rugby league - Scott Gibbs, John Bentley, Alan Tait, Allan Bateman, Scott Quinnell and Dai Young - on the squad was huge.

By contrast, although the 2001 Lions arguably had more world-class talent at their disposal than the 1997 vintage, they lacked the camaraderie instrumental to the success of the previous tour, in part because the original selection, in Johnson's words, "was conservative, pretty unimaginative and motivated by outside factors".

Those factors were primarily Graham Henry's decision to pick 10 of his Wales players - some past their best such as Neil Jenkins and Dai Young, others not necessarily the best available in their positions at the time, such as Robin McBryde - at a time when Wales were struggling.

In a similar fashion, Sir Clive Woodward's decision to pick on reputation rather than form, and take 21 of his 2003 World Cup winners to New Zealand two years later, backfired spectacularly.

If McGeechan does not have the same conflicts of national interest and loyalty, he is still the director of rugby at Wasps, who have plenty of tour candidates, while three of his assistants - Warren Gatland, Shaun Edwards and Rob Howley - head up the Wales coaching team.

So will there be a left-field selection on Tuesday? You sense the romantic in McGeechan would love to take at least one player either uncapped or with little international experience.

On a seven-week tour, there is a case for picking an emerging youngster over a player of proven international experience, as Johnson notes:

"Pick guys who are used to playing Tests for their countries and not all of them are happy to sit on the sidelines and play midweek," he wrote.

The likes of Munster's 21-year-old centre Keith Earls (two Ireland caps), or Northampton's full-back Ben Foden (one for England) are already in most pundits' 'bolter' possibilities. I'd throw in Cardiff Blues wing Tom James (three replacement outings for Wales) as another, from what I have seen of his recent performances for the Welsh region.

But then McGeechan is not short of options at full-back, where Lee Byrne, Rob Kearney and Delon Armitage have amply pressed their cases, or outside centre, where Brian O'Driscoll and Tom Shanklin are surely on the plane?

It is worth pointing out that Armitage, who can also play at wing and centre, also provides a useful goalkicking option, which could be a major bonus in a squad lacking expertise in that area outside of the fly-halves. Reason enough to consider Scotland's Mr Dependable, Paterson?

The choice of a third fly-half, assuming Stephen Jones and Ronan O'Gara are included, will also attract much interest. Should Danny Cipriani even be considered? What about James Hook? Has Toby Flood done enough to sneak in? Or is Nicky Robinson a realistic candidate?

And what about the back row? Who to leave out? Could it be that Ryan Jones, favourite to captain the Lions a year ago after leading Wales to a Grand Slam, might miss out?

Or has the neck injury that appears to have scuppered the chances of Gloucester's Scottish flanker Alasdair Strokosch spared Jones from that particular ignominy?

Personally I would still take the Wales captain, even if his recent form has not always been convincing of late. The Lions need all the leaders they can get, in midweek as well as the big Saturday matches, if the tour is to be successful. Plus Jones is one of the few who can play in more than one position in the back row, and is a good line-out option.

But then others would advocate the claims of Ireland's Stephen Ferris, or England's Joe Worsley, or James Haskell. That's the beauty of Lions squads. Everybody has strong opinions about who should be in them, and there will be uproar in certain places regardless of who McGeechan goes for.

The one thing all of those chosen will hope is that the old sage is true to his word when he says 'we've got to have an open mind right up to a few days before the first Test' and that 'everyone will have a crack at that Lions spot'.

The evidence of the past two tours suggests that minds were made up either before the plane even took off, or soon after arrival.