It will be of little consolation to Andy Murray that he had an on-court seat for arguably the greatest multi-player rivalry in tennis history: in the final reckoning, our good fortune is the British number one's rank bad luck.

American golfer Billy Casper called his recent autobiography 'The Big Three and Me': 30 years after his retirement from the PGA Tour, Casper is still defined by the deeds of others. And this is a man who won three major titles.

Had Murray been born 10 years earlier he might have replicated Casper's feat but as the years tick by a genuine fear is brewing that he will never pierce the iron curtain that Federer, Nadal and Djokovic have thrown round men's tennis. 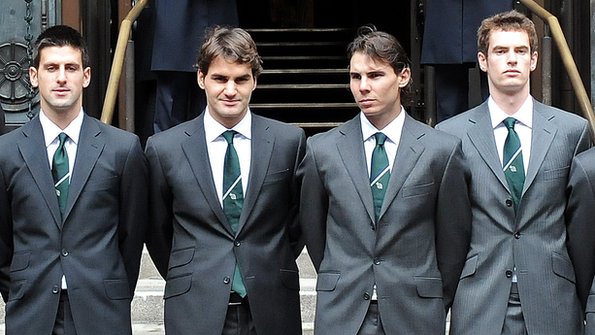 Andy Murray would love to join the ranks of the tennis "Big Three". Photo: Getty

Some British tennis fans might find this hard to accept, but perhaps they should learn to savour the status quo: multi-player rivalries as we have in men's tennis at the moment happen rarely in any sport, which might explain why the very modern word 'Trivalry' has been coined to describe it (although not by me).

If Murray is Casper, then Roger Federer is Arnold Palmer: winner of 15 major titles between 2003 and 2009, the ageing Swiss master, without doubt the most aesthetically pleasing of the three, has landed 'only' one since.

Just when observers had anointed Federer as the greatest tennis player ever, along came Nadal. And just when they thought Nadal might actually be greater than Federer, along came Novak Djokovic. Now no-one knows what to think.

But numbers tell only part of the story of any great rivalry. When all three men have hung up their racquets and the new breed are wielding weapons made of unknown materials from Mars, your average punter will only remember when Nadal beat Federer at Wimbledon in 2008; when Federer beat Djokovic at Roland Garros in 2011; when Djokovic beat Nadal in Melbourne in 2012.

And maybe they will be saying: remember when Murray conjured a miracle at Wimbledon in 2012 and beat the lot of them? We can but hope.

BBC Sport looks at other multi-player rivalries and asks: is Federer-Nadal-Djokovic about as good as it can possibly get? 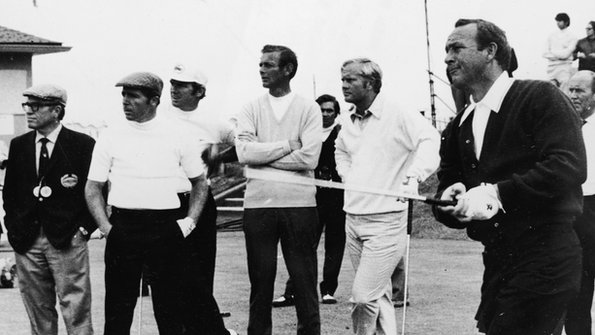 Arnold Palmer tees off as Gary Player (second from left) and Jack Nicklaus (third from right) watch on. Photo: Getty

Between 1958 and 1970, Arnold Palmer, Gary Player and Jack Nicklaus notched up 20 major victories and 22 runners-up spots between them. A heady cocktail of charisma, outrageous natural talent, professionalism and commercialism, for many it was a case of 'The Big Three' and everybody else.

Palmer, with his movie star looks and swashbuckling approach to the game, was first on the scene, securing the 1958 Masters and winning 29 PGA Tour events between 1960 and 1963, including five majors. The man from humble Latrobe, Pennsylvania was the first superstar of the sport's burgeoning television age.

Player, South Africa's man in black, finished second at the US Open in 1958, won the Open in 1959 and the Masters in 1961 before it became a three-way battle for golfing supremacy in 1962, the only year all four Grand Slam tournaments were won by the illustrious triumvirate.

When Nicklaus trumped Palmer in a play-off for the first of his 18 majors, the 1962 US Open at Oakmont, members of 'Arnie's Army' taunted the new kid with cries of "Fatso". Their leader was rather more magnanimous: "Now that the big guy's out of the cage, everybody better run for cover."

Palmer won his seventh and final major at Augusta in 1964 and you might say 'The Big Three' became 'The Big Two-and-a-Half'. Player and Nicklaus attracted new rivals - Lee Trevino and Tom Watson chief among them - but that intense three-way rivalry is destined never to be repeated. 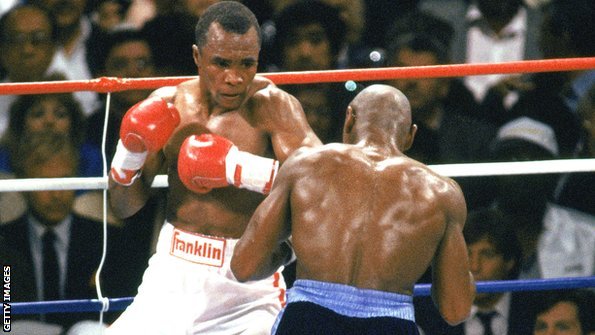 There have been countless great rivalries in boxing - Robinson-LaMotta, Ali-Frazier, Holyfield-Bowe - but for sustained drama, for sheer quality and ferocity, for the majesty of its narrative, the nine-bout, almost decade-long round-robin between boxing's 'Four Kings' will surely never be matched.

The series began in June 1980, when Sugar Ray Leonard lost his world welterweight crown to Panama's Roberto Duran, the United States' new poster boy finding himself out-psyched and out-machoed by 'Hands of Stone'.

In the rematch, Duran, having been driven to distraction by the Ali shuffling, bolo-punching Leonard, shocked the world by quitting in the eighth round. The following year, Leonard came from behind to win a stirring battle against Tommy Hearns, a fight that had just about everything.

In 1983, Duran partially redeemed himself by taking middleweight king Marvin Hagler the distance, only for Hearns to knock Duran cold in two rounds in 1984. Hagler and Hearns went head to head the following year, a bloodied Hagler stopping Hearns after three of the most savage rounds in boxing history.

There were disappointing rematches between Leonard-Hearns and Leonard-Duran in 1989, but the last truly great fight of what many deem to be the sport's last golden age took place in 1987, when Leonard, having been inactive for three years, sent Hagler into retirement by winning a controversial decision.

Of the eight drivers to have won three or more world championships, three of them were active during the 1980s. Chuck in chippy Brit Nigel Mansell and you had a mixture so combustive it is a wonder they allowed it on the F1 paddock.

Nelson Piquet, world champion in 1981, '83 and '87, was uppity and unpredictable, labelling Mansell "an uneducated blockhead" and fellow Brazilian Senna "a Sao Paulo taxi driver". Mansell, champion in 1992 after three second-placed finishes, was so suspicious of everyone around him he probably thought the pit girls were spiking his champagne.

But the most vicious rivalry was between Senna (champion in 1988, '90 and '91) and Frenchman Alain Prost (champion in 1985, '86, '89 and 93). As team-mates at McLaren, the two men fought like dogs. When they were separated in 1990, Prost moving to Ferrari, the relationship grew worse, with Prost calling Senna "a man without value" after their coming together at Suzuka.

The 1986 season was a four-way classic, with all four men in with a shout of the Formula 1 crown with three races remaining. Senna, driving an inferior Lotus, dropped out of contention after running out of fuel in Portugal, while a poor showing by Mansell in Mexico opened the door for McLaren driver Prost and Williams team-mate Piquet, with whom relations were sub-zero.

Going into the final race in Adelaide, Mansell led Prost by six points, Piquet by seven and claimed pole position. But the Englishman blew a tyre on lap 64 and Piquet was called into the pits for a precautionary stop, meaning Prost landed the win, nine points and a second consecutive drivers' title.