The Curious Case of Carl Froch

I'm not in the habit of quoting 2 Tone outfits from the 1980s - certainly not where boxing is concerned - but listening to The Beat's Save It For Later the other day, it occurred to me it could serve as an anthem for Carl Froch's career to date.

For as long as anyone can remember there has existed a vociferously anti-Froch brigade - the "sooner or later he'll get found out" contingent - but Froch keeps piling up the victims, each victory a two-fingered salute to the naysayers, a defiant "save your advice for later". 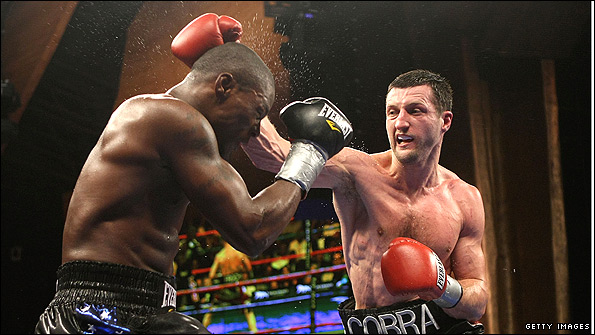 "Anybody who knows about boxing doesn't criticise 'The Cobra' for winning," says Froch, sounding like he's perched on a rock and reciting from The Cobra's Book of Fistic Wisdom rather than taking a break from watching snooker.

The ambivalence towards the 32-year-old, who defends his WBC super-middleweight crown against Denmark's Mikkel Kessler in Herning on Saturday, has long baffled those who regard him as perhaps Britain's most exciting, and risk-embracing, top-level fighter.

Ricky Hatton was fond of telling the public he was the most entertaining boxer in Britain, but it was a claim that never really tallied with the facts - of Hatton's world title encounters, perhaps one or two you could describe as genuinely thrilling.

But the curry-loving, beer-swilling Hatton played the "man of the people" card to a tee - his erstwhile trainer Billy Graham once claimed 'The Hitman' was better than Henry Armstrong, the only man to hold world titles at three weights simultaneously, and I've no doubt many of Hatton's adoring fans believed him.

David Haye is an old-fashioned "roll-up, roll-up" huckster, doing and saying anything it takes to sell his next fight - always a far easier task for a talented heavyweight. And Amir Khan, though undeniably gifted, is a triumph of man-management - rinsed in 54 seconds in September 2008, fighting for a world title less than one year later, a turnaround that points to friends in all the right places.

Meanwhile Froch finds himself fighting on the obscure channel Primetime, down near the more 'special interest' output on your Sky Digital box.

"Ideally I'd like to be on one of the Sky Sports channels, but things have changed, all the television companies have pulled out," says Froch. "At least Showtime are backing me in America. But it already takes me about two hours to do a 20-minute shop, so I don't want to be that famous, trust me..." 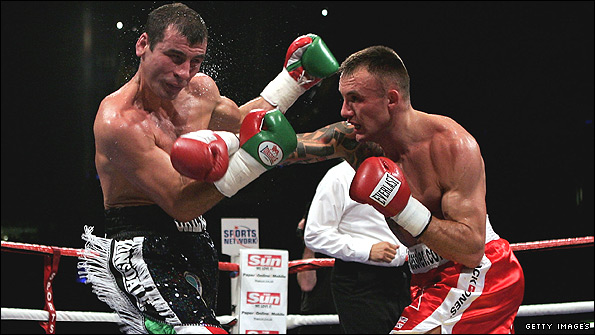 His run of four fights - a savage shoot-out with Jean Pascal (now the WBC light-heavyweight champion) for the vacant WBC super-middleweight crown, his remarkable last-gasp defeat of former undisputed middleweight king Jermain Taylor, his narrow win over underrated mandatory challenger Andre Dirrell, Saturday's potential cracker with former world champion Kessler, who gave Joe Calzaghe one of his toughest nights - should go down as one of the most gruelling sequences in British boxing history.

"I've had three world-class, top-level performances on the spin," says Froch. "Now I'm going in against Kessler and I've got a queue of people lining up to fight me.

"I've only been cut once in 26 fights, I've never had my nose broke and never had my lip bust, so my defence is absolutely spot-on, regardless of how low I hold my hands. Hands don't defend you - Jermain Taylor had both his hands up by the side of his head when I pummelled him to the ground."

As well as making his big shop less painful, his relative lack of fame enables him to lead what you might call a normal existence - a bit of bingo, a few frames of snooker, all with the same friends he's always had. "You don't cash in your mates, do you, start hanging around with a different class of people?"

And Froch is already planning for the future, with a string of properties to his name -
"boilers breaking and flea-infested houses from peoples' dogs. I don't bother with students though, they can't be trusted to look after the place!

"I've set myself a nice pension up and it will keep me busy after I finish boxing. A lot of boxers look back, count their money and realise how much they've not been paid."

Froch follows up with an unprompted broadside on Calzaghe, which covers everything from the Welshman's court battle with promoter Frank Warren to his dancing skills on Strictly ("he was horrific," says Froch) to his refusal to meet him in the ring.

"He could be getting itchy feet," says Froch, "but if the fat old Welsh kid wants to come back he needs to get in line." It's a hackneyed Froch routine, and one that has no doubt added fuel to his critics' ire. But in Froch's defence, this time it was Calzaghe who started it, having recently called Froch a "spoilt little bitch".

Should Froch go on to win Showtime's Super Six tournament - victory over Kessler would virtually assure him a semi-final place - then a match with Calzaghe, who has found life beyond the ring more challenging than within, would suddenly become a distinct possibility: stung pride mixed with boredom and the promise of a stack of money can prove a hypnotic cocktail for a boxer, or anyone else for that matter.

"Sometimes I think to myself, I look forward to the day I retire," says Froch, "but after I've put my feet up for two months I might start thinking, 'bloody hell, I've got nothing to do now, I wish I was fighting again'."

Kessler, who was well-beaten by former Olympic champion Andre Ward in his Super Six opener, could still be Froch's most formidable foe to date. Embarrassed, a defeat away from retirement, fighting in his own backyard, the Dane is a dangerous animal. Meanwhile, the champion's preparation has been less than ideal, with this pesky volcanic ash cloud delaying his arrival in Herning by four days.

"He'll get found out," the anti-Froch brigade will no doubt be saying, like they always seem to be saying. But they should be backing him all the way: a British world champion who's in the habit of serving up top-notch entertainment - what more do people want?