Boxers don't take kindly to being given advice by non-boxers. Non-boxers, according to boxers, know nothing of boxing. And most of the time they're right.

Then there's Greg Page, a former heavyweight world champion who was buried the day after Hatton's defeat to Pacquiao in Las Vegas.

Page, a sparring partner of Ali, retired at the age of 34 in 1993, only to embark on a comeback three years later. Like legions of fighters before him, he thought he knew when to quit - and then changed his mind.

In 2001, at the age of 42, Page was knocked into a coma by 24-year-old opponent Dale Crowe. He never fully recovered.

"If you don't quit, you'll get it eventually," Holyfield told me once, but what he meant by "it" is open to interpretation.

Another fighter who thought he knew when to quit is Freddie Roach, the American trainer who masterminded Pacquiao's two-round demolition of Hatton.

"Knockouts like that are not good for people," said Roach, who suffers from Parkinson's disease exacerbated by boxing, after Hatton's devastating defeat.

"I was told to retire by my trainer and I fought five more fights without him. I lost four of them, so my trainer was probably right."

Roach, like Hatton a rough-and-tumble fighter who was prepared to take two punches to land one of his own, called on Manchester's former light-welterweight king to pack it in after the loss to Pacquiao. Other notables, from Henry Cooper to John Conteh, followed suit.

Hatton, not wishing to go out flat on his back, eyes flickering on and off like a busted lightbulb, has ignored them. What do Cooper and Conteh know about getting out at the right time, Hatton might have thought. Not much, but then that's the point.

Given boxing's track record, his decision to fight on is hardly surprising, but that doesn't make it any less baffling to the non-boxer. 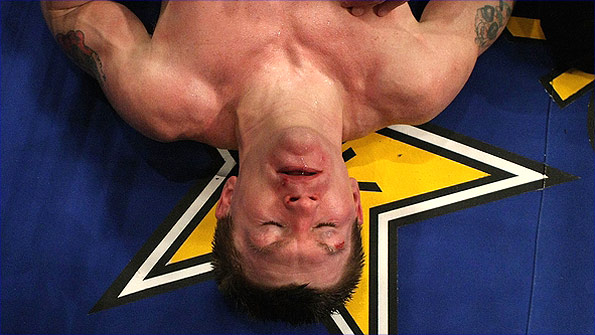 Unlike Page, Hatton has millions in the bank. He has a loving family, a glamorous girlfriend, a young son. Plus, against Mexico's two-weight world champion Juan Manuel Marquez, a 36-year-old pumped up featherweight and his likely opponent, Hatton will have nothing much to gain and everything to lose. But if Hatton's not a boxer, what exactly is he?

"Success in the ring," Barry McGuigan recently told BBC Sport, "is like a Class A drug." Which is why Hatton is still chasing the dragon, and why that highest of highs will no doubt remain elusive.

For all the hype surrounding his bouts on American soil (nine in total), Hatton's personal Everest was his defeat of Kostya Tszyu in Manchester in June 2005. Despite his protestations, he's been descending ever since.

No-one who was present will forget that clammy Sunday morning at the MEN Arena, when Hatton ploughed Tszyu into the canvas to claim the IBF light-welterweight crown. Just as no-one will forget the manner in which he did it.

Pressurising, mauling, wrestling - it was what Hatton did best. Unfortunately, against slicker, and less shopworn, fighters than the 35-year-old Tszyu, Hatton's brawling just didn't cut it.

The unmistakable signs of very real decline were there for all to see in the summer of 2008, when Juan Lazcano, a career lightweight, rocked Hatton to his boots in a bona-fide tear-up at the City of Manchester Stadium.

After that fight, Hatton got himself a new trainer, Floyd Mayweather Sr, and convinced himself he was a fighter reborn with an easy win over Paulie Malignaggi. Pacquiao would disabuse him of that notion in brutal fashion.

So Hatton was found wanting on the biggest stage - outclassed by Floyd Mayweather Jr, demolished by Pacquiao - but then there's no shame in that.

The only shame will be to see him back in the ring, with nothing left to prove, except perhaps to himself. All that any true fan can hope for is that it's merely one for the road.