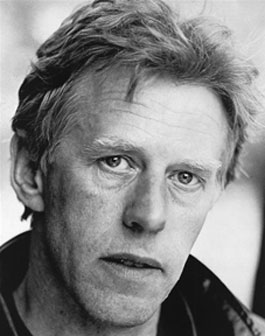 If you've been keeping your eyes peeled for all things BH5, you might have seen this breaking news about a brand new character in the show.

The inside scoop from the writers paints a pretty evil picture...

"Captain Hatch has seen it all, at least he reckons he has, and whatever it is, he doesn't much like it. Stuck in a failing body, in a wheelchair, in a dismal seaside hotel, things aren't exactly sunny side up."

"Hatch embodies the worst in humanity - he's bitter, manipulative, obsequious and cruel. And beneath his decrepit exterior there lies within him a dark and toxic secret that could rattle your soul with fear."

Sounds pretty interesting doesn't it? Even more exciting is that Captain Hatch will be played by BAFTA nominated actor Phil Davis, who you'll probably recognise from other BBC dramas like Bleak House, Sherlock and Merlin.

Here's what he had to say about his new role:

"I don't want to give too much away about the character at this early stage but I can reveal that he is marvellously disgusting."

So, a great new disgustingly evil character to look forward to. We can't wait to see what Captain Hatch gets up to. Have you got any ideas what he might have in store? Let us know!

More good and evil gossip as we get it!