In so many of the Free Speech debates we’ve had over the last eight months, whether live on BBC Three, Facebook, Twitter or on this blog, a lot of people’s arguments come back to one thing: immigration.

Whether you are in favour of the British immigration system or not, it affects all of our lives in many different ways. Jobs, housing, further education – all of these things are both positively and negatively impacted by the number of people coming into the UK.

And as economic times change, attitudes towards immigrants also change, with the majority of the population stating they would like to see less immigrants coming in to the UK.

This month’s show is live from Reading, a city which has twice the number of immigrants compared to the national average. And to debate the issues surrounding immigration, we have selected a panel who we think will do the debate proud:

Conservative MP for Reading West, Alok was born in India and moved to Reading with his family as a child. He is Vice Chairman of the Conservative party, and campaigned to allow Gurkhas to settle in the UK.

Head of Online Engagement for the UK Independence Party, Michael has strong views on immigration.

Investigative documentary presenter for BBC Three, Stacey has reported on issues ranging from child sex trafficking to the economic instability in Greece.

The Power Bar moves in real time, meaning you no longer have to shout at the TV – now you can change it. 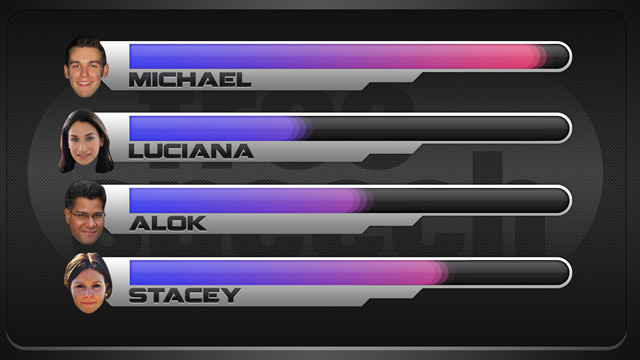 Here are the #hashtags you need to know:

If Twitter's not your bag then get involved on Facebook where all of the questions will be debated live along with the show. Or simply leave your comments in the space below where they could be selected and read out by this month’s social media jockey. Speaking of which, all hail…

She’ll be scanning the internet picking up on your points, so make sure you have your opinion heard on Twitter, Facebook or in the comments space below.