Immigration. It divides opinion like no other, and according to the 2012 British Social Attitudes survey, 75% of British people would like to see immigration levels reduced. But how much do we actually know about the numbers involved, and how accepting are we when we find them out? 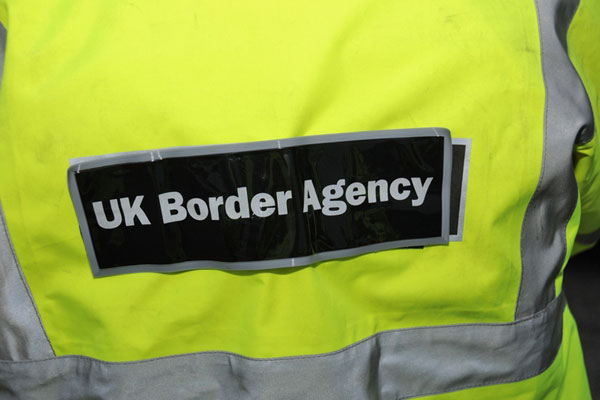 Have a little watch of this and see how many answers you get right:


Funny how much you think you know against what you actually know, right?

Cue a Free Speech Immigration Special live from Reading on Wednesday 3rd October at 8pm. But before then, cue a Free Speakers debate from three young writers, all answering this question:

Should there be a reduction in the number of immigrants entering Britain?

Immigration has always been and still is important for Britain, bringing workers and needed skills.

However, I believe there should be some limit on the number of immigrants who are unskilled coming to Britain. While we will always need skilled professionals such as doctors, in the current economic situation jobs are in short supply and people already residing here should be encouraged to take up low-skilled work for experience instead of relying on immigrants to fill these roles. This, I believe, would help reduce unemployment and reintroduce a work ethic rather than relying on government aid.

Alexander is a student from Barnsley

Keep those evil scroungers out – they are thieves, terrorists and polygamists with no regard whatever for the moral values this great nation holds so dear. There’s no room for them in British Society, however Big.

They are savage beasts and they should be sent back to the forests and caves they came from. They cannot help but steal, destroy and cast their wicked eye everywhere around them. It’s permanently riveted in their DNA.

London’s youth is in a deplorable state of unemployment. Why? Because foreigners take their jobs, places in universities and horizons. Upper class people know that immigrants have no souls and that’s why they keep their daughters away from them.

Surely they must have broken some laws, my goodness, why are they still at large? Indeed.

As a Romanian immigrant myself, I am incessantly tormented by what I’m doing to this beautiful land every day, and my conscience can’t handle it any more. To wit, I’m considering packing up as we speak. Or else I'll just stay in the country and continue to study, work, pay taxes, and stomp on xenophobic nerves.

Alex Barker, 26
As a British citizen I value the human rights narrative that runs through our society. It allows freedom of expression, entrepreneurship, tolerance and diversity. We make room and opportunities for those who would otherwise have none in their home countries.

I also greatly value our generally high standard of living. In many respects, Britain protects its own interests first - through military action or trade agreements that are unfair on the world’s poorest. This ‘realist’, selfish side to Britain contributes enormously to why others seek citizenship here.

The immigration debate is uncomfortable because it reveals that the nation is divided by opinion on this issue. Logically, too many people will eventually weigh on our services and our economy, unless the government comes up with a miracle. To me, the question is not – ‘do I support immigration now’, but ‘what will the reality be in 30 years, if the rate does not slow down?’

They’ve kicked off the debate. YOU continue it.

Should there be a reduction in the amount of immigrants entering Britain?

Leave your thoughts in the comments below, or get involved with the debate on Facebook or Twitter and your points could be included in Wednesday's live show.