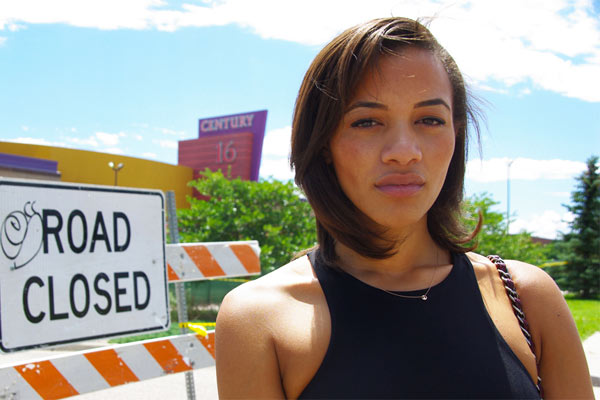 Three weeks ago I boarded a plane to Denver to report on the Batman killings and find out what this shocking incident tells us about America’s attitude towards guns.  With 12 dead and over 50 seriously injured in the suburb of Aurora I thought I would find a city in shock and its people up in arms about the amount of guns in circulation in the country.   On the first point I was right - many were affected by the tragedy, knowing someone who was killed or injured.  On the second I was wrong. Even after the massacre, this part of America is still in love with its guns – and that’s what surprised me.

Most of the images we see of the USA over here are of the East and West coasts – New York, Hollywood, San Francisco, maybe Boston, Miami or Seattle. It’s easy to forget that there is a vast amount of America in between - often Republican, usually evangelically Christian, invariably in love with country music - and strongly pro-gun.  And Colorado belongs firmly in that tradition, as I was to learn.

On a sunny Saturday afternoon we headed off to a picturesque old mining town called Leadville, high in the Rocky Mountains to watch their annual Boom Day parade. It was a fun family day out with floats, costumes, food, dancing and music – just like you’d find at a summer fete in any number of English villages.  But I was surprised to find that the star attraction that afternoon was a gun display from a re-enactment society. As they marched down the high street shooting off round after deafening round, I was confronted by the reality that guns are very much a part of American culture and history.   As the afternoon progressed they even staged a mock shoot-out on the high street, and the watching crowds loved it.  I chatted to young people in the street afterwards and was surprised to find that most of them were strongly in favour of guns, and many owned guns themselves. In this part of the world, it’s normal – and it seemed the events of Aurora hadn’t changed it one bit.

The next day I visited the memorial to the Aurora victims. It’s on a dusty patch of ground opposite the cinema where the massacre took place.  Here, amongst the tributes, the flowers, the tears and the supportive hugs, I chatted to young people paying their respects.  I expected to find that here, of all places, they would be strongly opposed to guns and might want to make them a little less accessible, but once again I was surprised. Though many people had been directly affected by the tragedy, having lost friends or family, the feeling wasn’t as strongly anti–gun as I expected.  Yes there should be restrictions, said some, and yes, we should keep guns away from people with mental health problems, but even here quite a few still thought that gun ownership was an important part of being an American. It was a fundamental right which should be defended.

Denver is a city which has witnessed massacres before – the Columbine shootings of 1999 were only 15 miles to the South West of the city. That tragedy didn’t fundamentally change the country’s attitudes towards gun ownership, and somehow, I doubt if Aurora will do so either.

The Batman Shootings is on Sunday 19th August at 9pm