This post contains spoilers if you’ve not watched episode two of Lip Service (Fridays, 9pm). If you’ve missed it, catch up on iPlayer now. 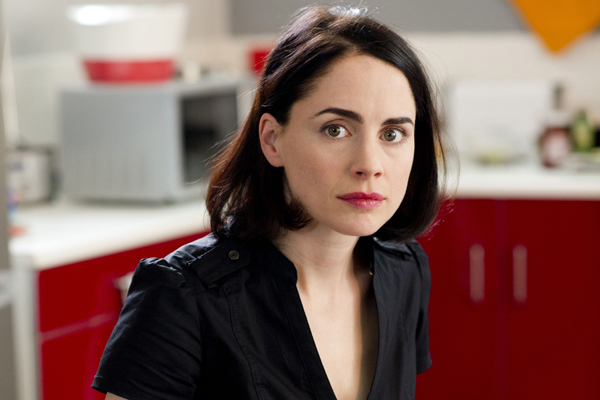 I'm writing this knowing that some people will be shocked as they've just watched the episode where Cat dies. You're probably wondering why.

During the writing process, I learned that Laura Fraser had acting commitments elsewhere, and would only be available to be in series two for a very short space of time. Obviously, initially I was sad and disappointed, but I had to pick myself up and dust myself off – I had a series to write. I very quickly realised what it made the most sense to do.

I'd always known that Cat was faced with an impossible choice to make between Sam and Frankie. If anyone feels cheated of a happily ever after, I'll confess that even if she'd stayed in the series, there wasn't going to be one.

My intention was always that in playing with fire, and continuing to see both of them, Cat would end up with neither of them. In a way her death allowed for that to happen in an extremely dramatic and truthful way.

Of course I could have, for example, had Cat move to London for a job in episode two, but given her relationship with both women, I don't think anyone would have believed in such a sudden departure. I also don't think it would have satisfied viewers, or been a fitting ending to a very dramatic love triangle.

Once I knew what was going to happen, the pieces of the jigsaw just fell into place. I know these characters so well that I could feel their pain and knew exactly what they would do in that situation. Occasionally writers talk about feeling like a script has come from somewhere outside of themselves, and they're just transcribing what they hear. Well, it's the first time I've ever experienced that for a full sixty pages.

To those who are upset that Cat has gone for good, I'd say this. Cat may not be there in body, but her death impacts on all of them in very dramatic ways. Cat dies with her emotional affairs unresolved, and it is those who are left behind who have to deal with that and pick up the pieces.

Sam, who is used to being in control of her life and emotions, suddenly finds herself hit with something she never imagined. A grief stricken Frankie has to live with knowing that she can't publicly acknowledge what she meant to Cat. And Tess carries Cat's secret with her.

They will all do things they didn't think they would, and forge new connections they didn't anticipate. A whole wealth of rich storylines lie ahead, which are well worth sticking around for.

For anyone who is worried that things are just getting too miserable all round, I would assure them of two things. Firstly, Lip Service has always had a lot of comedy thrown in with the tragedy, and that won't change. There are characters who never knew or were close to Cat, who lead the way on the funny front and keep the laughs coming.

And secondly, before we get too maudlin, Laura Fraser is very much alive and well, and now living in the United States.  I am hugely grateful to her for the fantastic work she has done on the show and wish her well in all her new ventures.

Harriet Braun is the writer and creator of Lip Service which continues every Friday at 9pm.