Growing up in a city like London and working as a model, I've almost never seen extreme poverty. So returning to Somalia for this documentary (Monday 9pm) after 18 years was one of the hardest and most shocking experiences I have ever been through. The media had played a small role in keeping me up-to-date with what was going on in the country, but all I really knew of was the malnutrition, famine, drought, terrorists, pirates and bloodshed.

My journey began with a reunion with my dad who I hadn’t seen in 18 years. He wasn’t there when my family and I spent time in the refugee camps nor was he around when we moved to London. I had mixed thoughts when it came to meeting him. Thousands of questions were going through my head. Why did he leave? Why didn’t he come back? What had he been doing for the past 18 years? It was a very awkward and weird situation and I hardly recognised him. 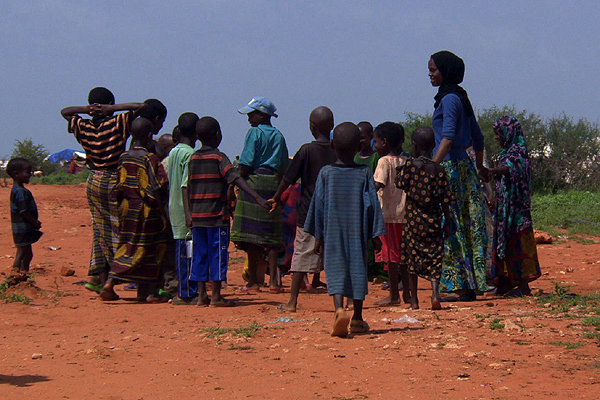 I then travelled to the overcrowded 'Dolo Ado' refugee camp in Ethiopia which is home to more than 120,000 people. I remember crying as I couldn't bear to sleep in the tents. I was so embarrassed when I realised Somali refugees have no choice but to share the same tent with 20 other people. The conditions were devastating to see. Uprooted Somali's wait weeks - sometimes months - just for basic equipment. Millions of lives have already been lost and millions more are in danger because of poor healthcare, insufficient distribution of food and lack of clean water.

I was appalled to discover that the level of sexual abuse taking place in the refugee camp was extraordinarily high in comparison to the number of rapes recorded. Women approached me personally to tell me about their endless battle against sexual abuse. I interviewed two young Somali women who had been gang raped by a group of men who lived locally in the area when they’d gone to collect firewood. Both women were released on the condition that they didn’t return to the area or their lives would be at risk.

With a daily battle for survival, they have no chance to complain; they have no choice but to deal with it. It’s spurred me to create an online petition to help protect Somali refugees from rape. I’m humbled by how amazingly the refugees cope with unbearable situations. 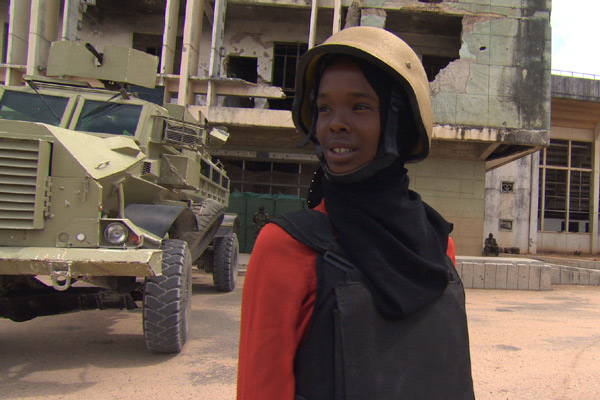 I also visited one of the most dangerous places in the world, the Somalia capital, Mogadishu, where I was born. The minute we stepped off the plane I could hear gun fire in the background; it’s so common they call it 'the music' of Mogadishu. We couldn’t go anywhere without extreme security, and the severity of the situation hit home when I was introduced to a Somali girl the same age as me called Shukri.

Unfortunately Shukri wasn’t given the opportunity to escape like us so she spent all her life knowing nothing but war, violence, destruction and bloodshed. Three of her children – aged just 2, 3 and 7 months -  died in 2010 after a bomb attack by terrorist group Al’Shabab. I could see she was heartbroken and the trauma of the war was written all over her face.

My trip ended in Hargeysa in Somaliland, an area that is seen as safer than the rest of the country but where Female Genital Mutilation remains so common that 98% of women have had the procedure done to them. I can’t accept the procedure and what it stands for; it’s one thing that’s part of my Somali culture that I refuse to accept.

My journey back to Somalia was mind blowing – I now feel a connection with my motherland as well as having a better understanding of what’s really going on there.

Escape from the World's Most Dangerous Place is on Monday at 9pm and is narrated by Scarlett Johansson.