The Autistic Me - One Year On: Interview with Tom and Kirsty

Post categories: Documentaries, Factual , Living with Autism Season, The Autistic Me - One Year On

I had a chance to speak to Tom and Kirsty to find out what they have been up to since filming. 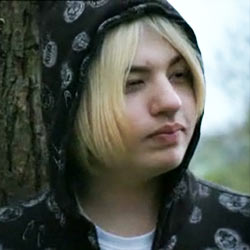 Tom. After being part of the first film, why were you keen to be in the second film?

I wanted to show people that I was happier after the first show made me look unhappy and depressed. I wanted to show other people with autism are the same as normal people and can get on okay.

Your course tutor in the film is very encouraging about your progress at college - how is the course going?

Its going really good. He said a couple of weeks ago that with my scores I could get into any uni in the country to do sound engineering. He was worried about my social problems though if I did go to uni but I think I can cope as I am so far.

Have you been making plans to continue studying music at university?

Yes. I have been to visit a uni fair and got some leaflets. I want to go and see all the uni's that I think will do the course I want. Mum thinks it will do me good to stay on campus with other students and my brother James is looking into whether his uni have a music course for me. That way I could be with him too if I need anything.

How do you feel about heading off to university on your own?

I would say 'Hooray!' I am happy to try any opportunity and I am not scared of people or being different. I have learned to just get on and do what I want to do and I am more confident. I would look for a job but I also get disability allowance so I can live on that. I know people would help me.

Tell us more about the band that you are in with your mates at college.

My band has changed its name to 'Seize the World' now We have a new bassist and rhythm guitarist and we are going to play live at a festival sometime maybe in the summer. 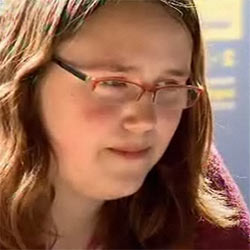 I wrote my autobiography because I wanted to raise awareness and inspire people of what it is like to have autism. As it comes from me I thought it would help people to understand so there is a balance of professional's point of view but my own point of view. I also wanted to let people know that not everyone with an Autism Spectrum Disorder (thats a word i use to cover the whole spectrum) is the same, we are all different in our own way, we just need some support in our areas of our lives just to have an Independent life.

Are there some specific of aspects of living with autism that you want people to know about from reading your book?

I just wanted to show how I think and feel of what it is like to live with my autism and how it affects me. I balanced the book out not just with a negative view but also positives as I see Autism as a unique gift and not something bad it's a way I can learn to cope and accept who I am and the way I am.

We see you singing at your youth club in the film, how important do you think it is to have somewhere like the youth club where you can go and hang out socially?

I think it is very important going to my youth club as it helps me to socialise and gain new friends but also to enjoy the things that I love doing such as my singing.

Have you and Alex had a chance to meet up since your birthday in February?

Me and Alex haven't met up since February yet but we are trying our best to get to see each others. It is very difficult when we live so far apart.

Has your relationship with Alex changed how you feel about the future?

Our Friendship had developed into being a couple on August 7th. Alex asked me out and I had a think about it and in the end I said yes.

It was a sad day on August 7th as it was my dog's birthday but he were put down, but when Alex asked me out on that day it lifted my mood up into happy and excited mood. We text each other every week and there was a text saying 'If I asked would you Marry Me?', the response I gave back was asking 'is it ok, If I think about it' and Alex replied back saying 'Of course, I will let you think about it'.

I can see future working out between me and Alex. We love each other and care about each other. Alex means the whole world to me.

You can watch The Autistic Me - One Year On online, then come back to the blog and let us know your thoughts.