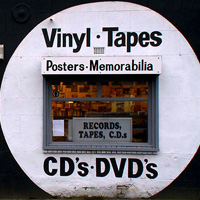 The Sound It Out record shop

You've got a bit less than a week left to watch Sound It Out, a strangely moving documentary on BBC Four about vinyl record shops in the UK and the kind of person to whom they're important. It's less a retelling of the Nick Hornby-esque list-making nerd mentality and more a study in subcultures and unexpected fraternity; don't sleep on this one.

1Xtra Live happened last week in Brixton, Manchester, Liverpool and Birmingham, and we've got clips and gorgeous photos from the likes of Kendrick Lamar, Alicia Keys, Rudimental, Disclosure, Miguel, Rita Ora, Wiley and many, many more. If you'd like a little taster of what it was like, you could do worse than watch this brilliant 4-minute recap.

Also last week, BBC Radio turned 90. At exactly 17:33 on 14 November, every BBC Radio station in the UK transmitted the same signal at the same time, a broadcasting first. To mark the occasion, Damon Albarn recorded a special - and, to some, fairly baffling - piece of sound art. You can hear it at the "Radio Reunited" website.

And finally, Pop Chart Britannia: 60 Years of the Top 10 celebrates six decades of climbers, fallers and sure shots, and looks at the often desperate shenanigans required to push a song into public consciousness. 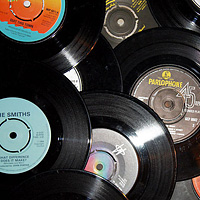 On Friday 23 Nov at 9pm (GMT), BBC Four premieres The Joy of the Single, an unashamed wallow in the glory years of the 7-inch vinyl single and the particular relationship to music it fostered. We suspect in this case Nick Hornby will feel right at home.

We’ve got reviews of brand-new records out this week from Amy Winehouse, Björk, Chad Valley, Example, Led Zeppelin, Little Mix, Nostalgia 77 and the Monster and Pinback.