Stars and charts - The week in BBC Music 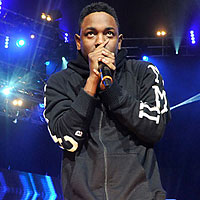 This week 1Xtra Live takes to the stage in four cities across the UK. Kendrick Lamar, Trey Songz, Angel, WizKid, and Tulisa played in Brixton on Monday, and Tuesday Rita Ora, Misha B, Wiley, DJ Fresh and Daley lit up Manchester. It doesn't stop there - there are huge shows planned in Liverpool and Birmingham as well. You can follow along and watch full sets on the 1Xtra Live site.

Radio 4's doing a brilliant series right now called Mastertapes, which somewhat follows the format of Inside the Actor's Studio, the American interview show. Musicians like Billy Bragg and Suzanne Vega talk to John Wilson about the record that made them famous. This is "the A side". In a follow-up programme, "the B side", audience members get to pose questions to the musicians, with some surprising and enlightening results. And the artists in question play one of their well-loved songs; you can't really ask DeNiro to "do" Travis Bickle, but musicians don't have a problem performing classics on cue - it's what they do. Anyway, this thing could run and run.

Last week Geoffrey Smith's Jazz on Radio 3 did an Art Tatum tribute show which has sadly expired from iPlayer, but to replace it there's a tribute to Sonny Rollins. So it's hard to complain, really.

There was also an astonishing performance from Lang Lang at the Roundhouse in Camden on BBC Four - dry ice everywhere, crazy lightshow; not exactly the normal Liszt recital. It, too, is gone from iPlayer, but if piano is your thing, there's no need to go unsated. In 2006, Richard Goode performed Mozart's thrilling Piano Concerto No. 23 at the Proms and it's available to watch in all its splendour for the next three days. 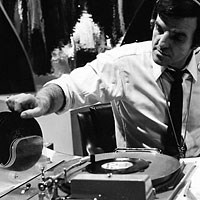 Sharp dressing for the Official Chart

There's a big doc coming up to celebrate six decades of the charts - Pop Charts Britannia: 60 Years of the Top 10 which takes in the entire swathe from 1952 to the present day. It's got contributions from stalwarts like David Jacobs and Pete Paphides and peeks behind the curtain to explore the sometimes desperate music biz hustle required to power a song into the weekly chart's upper reaches. It's on this Friday at 9:25pm (GMT) on BBC Four. Here's a teaser as Paphides talks about drawing his very own chart magazine as a child.

This Friday night at 1am (GMT) on BBC Two - OK, OK, it's technically Saturday - you can catch Backstage, an unexpurgated account of Jay-Z's Hard Knock Life Tour back in the rise-to-power days of 1999. (Yes, they all look very young.) These were rappers at the very top of their game when hip hop truly took over pop music, and it's fascinating to see them right in the middle of it, not quite knowing if they were kings of the world yet or not.