Apps and raps - This week in BBC Music 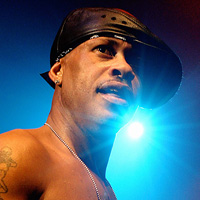 The big music news at the BBC this week was the unveiling of iPlayer Radio and its partner in crime, the iPlayer Radio smartphone app. It's currently available for the iPhone and described in some detail on the BBC Internet Blog. Android users sadly need to wait a little while longer for their version, but if you visit any BBC radio station in your smartphone's web browser you'll get a lot of the same stuff.

1Xtra just aired an hour-long documentary on Guru, the guy who teamed up with DJ Premier in perhaps the definitive old-school East Coast hip hop duo, Gang Starr, and who then went on to make the head-nodding smooth funk of Jazzmatazz, and whose final days were unfortunately complicated by controversy and misunderstanding. This is Part 1 of a series on "Gone Too Soon", a 1Xtra documentary strand on musicians whose lives were cut short; the next one is about ODB.

I bet you forgot about Late Junction. Well, Tuesdays' show was really good. Trust me, there is no way you'll have heard most of these acts, I don't care how many RSS feeds you follow. Verity Sharp presents Ska Cubano, master oudist Titi Robin, Xavier Rudd, Seaming To, Sundog and more.

You've got a day left to watch the special two-parter about the Beatles' Magical Mystery Tour. Will you watch the documentary first, and then the restored movie? That's how it was presented on BBC Two, but with iPlayer you can swap it around. We'd suggest getting a full blast of the movie first, and then seeing it talked about afterwards. But to each his own. 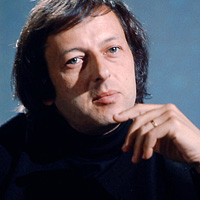 Right after that at 11:50pm BST you can catch the extended telecast of Later... with Jools Holland, this time with Jessie Ware, John Cale, Sharon Van Etten, The Vaccines and Beth Hart.

Earlier that evening, at 8pm BST on Radio 2, you can hear Part 1 of a four-parter about the life and music of André Previn, presented by Charles Hazlewood and written by Russell Davies, with contributions from the likes of Tom Stoppard.

And finally, the next wave of guest DJs have started on 1Xtra's 10pm-2am specialist shows – they include South Africa’s Petite Noir on Destination Africa with DJ Edu, Dismantle on Cameo, the mighty Gappy Ranks on Dancehall with Robbo Ranx and Lady Leshurr and Paigey Cakey with Semtex.