Rock and more - The week in BBC Music

What you (haven't) missed (yet) 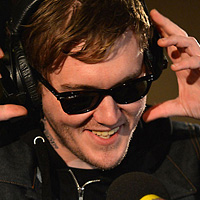 Brian Fallon of The Gaslight Anthem

All week long it's been Radio 1 Rocks (it's hard to put that in the past tense, by the way), with live sessions from You Me at Six, Lower Than Atlantis, Biffy Clyro, The Gaslight Anthem and many more. There's an entire website all about it, with all the live sessions and interviews.

The Radio 1 documentary team and Daniel P. Carter talked to six of the UK's clutch of new rock bands about what it was like to start out, in a special hour-long doc called Rock: In The Beginning. You'll hear from Twin Atlantic, Bullet for My Valentine and more.

As The Asian Network gets ready to celebrate its 10th birthday next month, DJ Limelight and Kan D Man wrapped up their longstanding Mic Check show, with Rude Kid, Faze Miyaki and others in the studio. Stay tuned for what they get up to next... 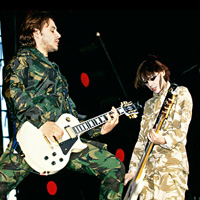 Opening for Led Zeppelin, touring with The Beatles, jamming with Eric Clapton? Why, it's Chas 'n' Dave, the mischievous Zeligs of rock. BBC Four's Chas & Dave: Last Orders chronicles the unsung history of these music hall maniacs, with interviews and long-forgotten footage from the byways of rock 'n' roll. It's on at 9pm (BST) tonight, Friday 26 Oct on BBC Four.

Radio 4's Swansong takes a look at the Manic Street Preachers' Holy Bible, the last Manics album to spring from the vision of Richey James Edwards, who disappeared five months after its release and was never seen again. It'll be on at the somewhat unlikely hour of 11:30am (BST), Tuesday 30 Oct on Radio 4.

If you've never heard this 14-minute programme about keys in music, you really should. Called Key Matters, each show looks at a different musical key and what it's signified historically to composers, performers and audiences. Tomorrow, Saturday 27 Oct it's on at 3:45pm (BST) and the subject is the apparently "austere" key of B-flat minor.