6 Music Searches For The Axe Factor

Recently guitar legends Jeff Beck and Eric Clapton co-headlined a show for the first time. This, after the news that a 'new' Jimi Hendrix album was due, prompted a discussion at 6 Music Towers about why these three continue to top 'Best Guitarist' votes, but contemporary fret-wizards are often overlooked. We started kicking names around, and realised that, wow, there are loads: Jonny Greenwood, John Squire, Johnny Marr. That was just the Johnnys. Let's do something about it, we said. 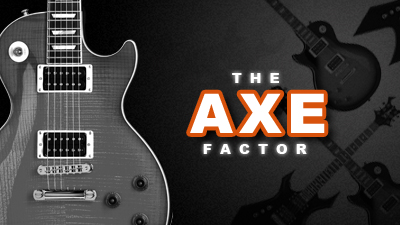 And so we came up with The Axe Factor - an endeavour to find the best guitarists of the last 30 years. Why 30 years? Because we had to draw the line somewhere. Limit it to ten or 20 years and you miss out on the likes of Johnny Marr. Make it 40 years and it gets unwieldy. Make it 'Best Ever' and we're back to 'Hendrix Best Guitarist Ever' shocker - the whole point is to find today's guitar gods.

So to do that, what would the criteria be? Well, year zero then would be 1980. To be included the guitarist in question needed to make his debut in or after that year. Also the guitarists had to be regular to the type of music 6 Music plays - so no Steve Vai or Joe Bonamassa. And influence mattered more than technical ability, hence the presence of The Edge. Love him or hate his band, you cannot deny that you know a U2 song as soon as you hear his guitar.

Even with these reasonable perimeters, people will still complain about our shortlist. It absolutely kicked off in the 6 Music production offices when we started drawing up the shortlist - you should see the indignant emails Gideon Coe sent. But it's inevitable that such lists cause controversy, and frankly, that's what fun about them.

It wasn't easy choosing just 40 guitarists. And it was tricky when there are two good guitarists in one band. Undoubtedly, we missed your favourite, but we couldn't include everyone. Some will notice that I'm not on that list, for instance. I came in at 43, ahead of Shaun Keaveny (that's the pair of us below), but behind 'that guy from EMF'. But while you might find that someone you think is good is missing, you can't say that those listed are not deserving (oh okay, you can and you will). 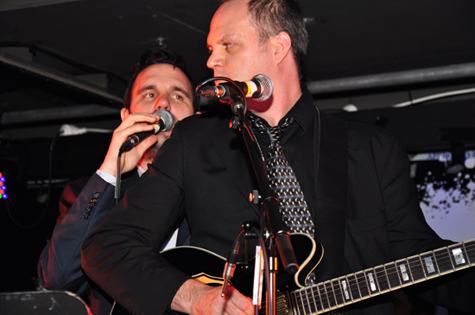 Nevertheless, scan our list of 40 guitar heroes and pick your favourite. Steve Lamacq will count down the Top Ten on April 9.

In the meantime, if you have ambitions to be a Guitar God yourself, look out for our online tutorials in Anyone Can Play Guitar. 6 Music's Tom Robinson and Huey Morgan have kicked it off. There will be more to come. Remember to turn it up to 11.