A brief chat with Brian Eno

This Friday (22nd January) sees the first showing of Arena's film on arguably one of the most important figures in music over the last 40 years or so, Brian Peter George St. John le Baptiste de la Salle Eno. Covering Eno's interests in everything from cybernetics to evolutionary theory to the Harmonisation of the European Rail Operating System, the film avoids linear biography in favour of an impressionistic, almost fly on the wall approach.

Director Nicola Roberts managed a quick chat with Mr Eno about the film...

What persuaded you to make the film with us when you hadn't agreed to
being profiled before?

Arena first of all - simple enough - and then when I met you and Anthony I felt this could be something different from the normal showbiz bollocks. I've always liked Arena and felt a particular fondness for it because it uses my music as its theme. In the past I've shied away from TV because I don't enjoy the medium very much, but I've always admired Arena for being more like radio! By that I mean, for going into greater depth.

What kind of programme did you not want made about you?

I don't like celebrity programmes - but I do like programmes about how ideas are formed and evolve. I didn't want to lean too heavily on my pop credentials, such as they are, but instead draw attention to this little bubble of ideas I've been involved with for a long time, and to the connections between them and what else is going on in the world. I suppose I am reluctant about being any sort of 'star' and I didn't particularly want to be portrayed as one. Some people are very good at being 'stars' and it suits them. I'm grudging about it and I find it annoying.

Do you have a favourite bit?! (If you haven't seen it, perhaps someone
could answer this one for you!)

I'm in the dark there love! I asked not to be told anything about it, and indeed I haven't been... 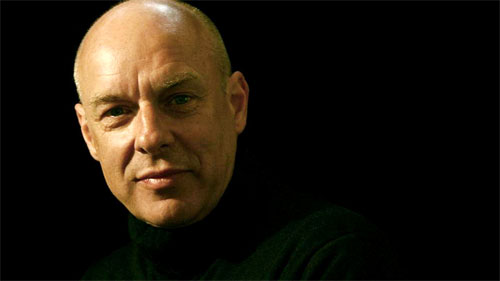 And if you missed it, you can read our interview with Nicola Roberts about the film here.