With the grain or against the grain: a media perspective on the governance question of our time 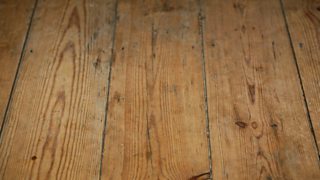 I was prompted to write this post by Brian Levy, the rightly respected governance guru of the World Bank, now Senior Adjunct Professor at Johns Hopkins University. Brian is the author of Working With the Grain: integrating governance and growth in development strategies, one of the most influential books on governance right now. We met at the OECD DAC Governance Network last week, which is where donors get together to share their insights into how to better support improved governance in their development strategies. I was asked to respond to a presentation Brian made on his book.

My initial reaction when I first heard of Against the Grain was, I confess, a kind of resigned frustration. I thought, “Here we go again. Another academic apologia telling us how it didn’t really matter how horrible, authoritarian or power-hungry a government was. As long as they ‘got the job done’ (in terms of reducing poverty), it was fine by the donors who supported them.”

That reaction was partly prompted by the title of Brian’s book. By coincidence, I have on my shelves at home the memoir of a hero to many in the media world, Geoffrey Nyarota, the renowned editor of Zimbabwe’s Daily News, among other newspapers. The blurb for that memoir says this: “The newspapers [Nyarota] edited were often the lone voice of dissent against a government that had betrayed its people. They chronicled the decline of the country under the Mugabe regime, and how the freedom achieved in the war of liberation was replaced by wholesale government corruption and oppression”.

Nyarota entitled his book, Against the Grain: Memoirs of a Zimbabwean newsman.

Working with the grain

Given the choice of working with the grain, which I initially understood to be fitting in with whatever a country’s government wanted - or working against the grain - which I understood to be resisting abusive and unaccountable authoritarian power, give me the latter any time.

Then I actually read Brian’s book and heard him speak and, of course, that initial reaction shifted to what I can best describe as a kind of tortured admiration for what he has achieved here. As many other reviewers have noted, the book constitutes a formidable combination of theory, research and, most usefully, decades of experience from the World Bank to provide really useful guidance on what kinds of governance approaches are most likely to achieve development results.

It argues that too many governance programmes have failed because their “good governance” departure point has been to try to foist an often idealised form of western political systems onto developing country governments, rather than to root their approach in the actual political, economic and cultural realities of the countries being supported: “There was something truly extraordinary about coming up with comprehensive government reform program for low income countries by describing the characteristics of the world’s most affluent and most open societies and then reverse engineering them.”

Instead, Levy argues for an approach that finds and then supports/catalyses “islands of effectiveness” within developing country governance systems, acknowledges that change is incremental and (as in the West) takes a long time, and, above all, allows countries to find their own pathways forward to create virtuous cycles of positive change. There is of course a great deal more to it than that and I urge you, even if you’re not a governance geek, to read the book and visit his website to find out more.

I have three reservations about the analysis, however.

The first is that there is just a little of a straw man in Brian’s critique of the “good governance” agenda and what he describes of the overly triumphalist approach of democracy promotion in the 1990s and early parts of the 21st century. Much of this “end of century” style thinking may have been true of the World Bank and of some donors, and is certainly a criticism that has been levelled at my own area of media assistance. But for a fair number of years now, donors, scholars and certainly many governance practitioners have acknowledged political complexity as a fundamental feature of the developing country landscape. There remains a long way to go, but I’d argue BBC Media Action has very different approaches to working in Burma, Afghanistan or Libya, for example, all of which are rooted in these countries’ very different political contexts.

The second is that countries should of course find their own pathways forward, but it is not only elites who should determine those pathways. One of the reasons I have worked in the field of media support for so long is that I consider the existence of an informed society to be a key determinant of a successful and inclusive society. That isn’t rooted in a naïve belief in some idealised, “bottom up” democratic system but that democracy is (to use an overquoted phrase from Churchill), the “worst form of government, except for all those other forms that have been tried from time to time”. It is born from a realisation that yes, there are, as Brian shows, different pathways to development, but some of those pathways lead not only in different directions but also to different destinations – and some of them lead to Zimbabwe. You need people to work against the grain to ensure that doesn’t happen.

Which leads to my final concern. Western donors continue to focus a great deal of attention on prioritising governance, and there is more universal acceptance of its vital role in securing a host of development outcomes (pace the likelihood of a governance Goal 16 in the post 2015 sustainable development framework). But the governance agenda is on the back foot, working to accommodate a backlash against the overly normative approaches that sometimes distorted it in the past, unclear about its way forward and uncertain in the face of the major advances of developmental states like Rwanda and Ethiopia. This area needs more energy, fresh ideas and new approaches, but one thing it does not need to do is to abandon principle for the sake of expediency.

The really great thing about Working with the Grain is that it understands and reflects that last challenge and prompts the governance community into rebooting itself. It’s a huge contribution to the field.

More than a cup of tea