A Girl Called Zaat: a TV drama for a turbulent Egypt

Eid in Egypt this year sees the broadcast of the final episode of a TV series titled A Girl Called Zaat.

Produced by independent production company MIF in collaboration with BBC Media Action, the series is based on a book by critically acclaimed Egyptian writer Sonallah Ibrahim.

It tells an allegorical tale of modern Egypt through its main character, a woman called Zaat.

Through her life and work as a picture editor in Egyptian TV news, the series reflects on the demise of the middle class, increasing poverty, corruption, and the oppression of political opposition under the three presidents who followed the overthrow of the monarchy: Abdul-Nasser, Sadat and Mubarak.

Watch the trailer for A Girl Called Zaat.

The seeds for the TV series were sown back in early 2009, when BBC Media Action started its collaboration with MIF in a project called Socially Responsible Media Platforms for the Arab World.

A Girl Called Zaat was selected for development because it would provide a great vehicle for reflecting these themes in a popular mainstream format that would reach the tens of millions of Arab viewers who cluster around the TV screen during Ramadan. 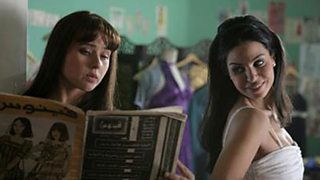 The book focused on Egypt from the 70s to the 90s but the script was extended to take our heroine Zaat from the day she was born on the eve of the Nasser revolution of 23 July 1952 to the eve of the scheduled presidential elections of 2011.

Little did we know at the time quite how many more revolutions and presidents the series would witness while in production.

The revolution of 25 January 2011 came just as filming was about to begin.

Production was put on hold and the ending had to be carefully reworked while all around political change was occurring faster than scripts could be produced. 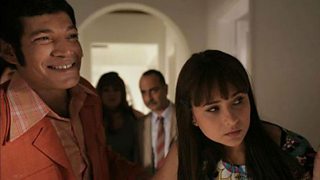 The production was finally completed, but as it was about to go to air, a second seismic event hit the country.

The overthrow of President Morsi split the country, taking the two opposing camps out on the streets once again.

Despite the fact that this Ramadan, Egyptian viewers were more focused on the real life drama around them than on the traditional blockbusting seasonal TV dramas, A Girl Called Zaat has been widely watched and received significant critical acclaim.

Tareq Shinnawi, one of Egypt's leading TV critics rated it as his personal number one and described it as "setting a new standard for Egyptian drama".

The series has just completed its first run on Dream TV and it is scheduled to start its second and third runs on other Egyptian and pan-Arab channels. It is expected to reach tens of millions of views around the Arab world. 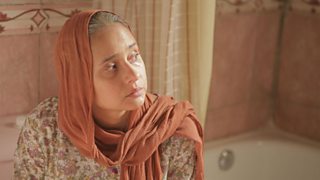 The drama within the drama

When it was first commissioned, A Girl Called Zaat was to air on ERTU, Egypt’s state broadcaster. The director-general was a great personal supporter.

But soon after the 2011 revolution he was imprisoned in Egypt's infamous Turra jail, accused of corrupt practices during the Mubarak regime. He was acquitted after nearly two years, and took up a post in charge of Dream TV.

One of his first decisions in his new job was to acquire the rights to broadcast A Girl Called Zaat.

This meant the series was not subject to official censorship; but as filming started in the spring of 2012, it had to contend with the restrictive atmosphere under the Muslim Brotherhood's government.

The crew were even thrown out of a Cairo university campus by the Muslim Brotherhood-controlled student union for showing the female characters in 1970s mini-skirts.

But by the time the series went on air, the Muslim Brotherhood government had been ousted.

One of Egypt's leading journalists and commentators, Ibrahim Eissa, said in a TV discussion in early Ramadan that in his view people should stop going out to demonstrate and stay in and watch A Girl Called Zaat instead.

Much has been written in the press about the lessons that the drama's historical perspective has to offer Egyptians today.

After four years in the making the series has been completed and like every drama it has an ending.

Egypt's political drama continues to be played out in the streets.

Interview with the director of The Girl Called Zaat

How effective is opposition politics in Sierra Leone?