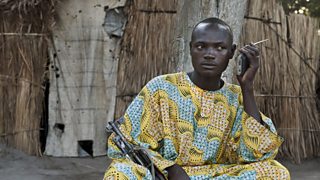 Last week BBC Media Action published a policy briefing, Fragile States: the role of media and communication, and helped to organise a conference on the same issue held by and at Wilton Park.

Increasing and very substantial resources are spent to support fragile states for good reason – half the world’s population classed as extremely poor will be living in these countries by 2015. Supporting development in fragile states, which are often conflict affected, is challenging and risky. It is to the credit of development agencies that they are determined to focus efforts where results are often most difficult to achieve, but where their contribution is most important.

However, both the conference and the policy briefing provided a challenge to existing thinking and action to support fragile states.  Currently, that support is focused on the state – to make the state more stable, more effective and more capable of meeting the needs of its people.

No-one disagrees with this, but the proposition advanced at this meeting was that a focus on the state needed to be complemented by a stronger focus on society. It argued in particular that increased access to media and communication technologies were changing the character of fragility in complex ways that were poorly understood by those tasked with supporting fragile states.

Most donor organisations support media from departments focused on enhancing democracy and human rights. The policy briefing argues that issues of media, communication and access to information should be an issue of increased concern to departments focused on fragility, conflict and stability. It argued that this was not just an issue of where best to spend money – it was one of understanding fragility and what is making societies in the 21st century fragile. It argues that very little substantive attention is paid to this issue among development actors and it’s not clear where responsibility lies for it within the development system.

Afghanistan provided just one of many examples where these issues were shown to be playing out in practice. (Other countries highlighted at the conference included Mali, Egypt, Myanmar, Pakistan, Guyana and Colombia.)

Afghanistan faces a transition with its fate in the hands not only of its political leaders and factional groups, but in those of its people. How people across very divided communities access information and how they are able to debate and engage in dialogue with each other through the media will play an important role in defining the success of the transition. 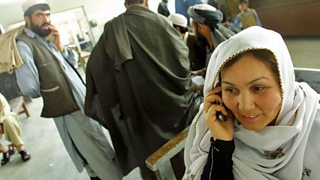 We are already witnessing the growth of warlord media, some of it arguably funded from Iran. And it is not clear how platforms for public debate and dialogue capable of engaging very different interests and identities will emerge, especially at the national level.  Such issues have barely registered in the plans for the transition and no agency is clearly responsible for informing such plans.

The dilemmas and options involved in support to media in fragile states are outlined in the policy briefing and were energetically discussed and argued over in the conference.  In essence, however, there seemed widespread agreement that this issue is currently poorly understood and insufficiently prioritised in fragile states policy, research and support.  This is a challenge for all involved – those in fragile states, the donors who support them, the media and other support organisations who work in these countries.

Building a functioning state should remain a central priority for those working to support fragile states.  Supporting an inclusive society is also part of the state building project. The role of media and communication is central to doing so. That role is largely forgotten at present. The hope is that this conference might have played a small but important step in changing that.

Fragile States: the role of media and communication policy briefing

Putting communities at the heart of climate change communications