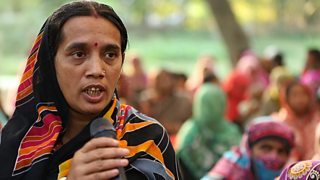 How one community in Bangladesh – living on a shrinking island – is inspiring others in the fight against extreme weather.

Supti Nath lives on an island that is disappearing. Kutubdia, in the Bay of Bengal in Bangladesh, has halved in size over the last 20 years with water levels rising an average of 8mm a year. It has the fastest recorded sea level rises in the world.

“Most of the people on this island are living very near to the sea. As the dam [sea defence] is not very well made, during the high tide these areas are regularly flooded which destroys our fertile lands and damages the houses.” Supti told me.

I met her when I travelled to Kutubdia as part of the production team for the new series of BBC Media Action’s factual TV show Amrai Pari (Together We Can Do It). 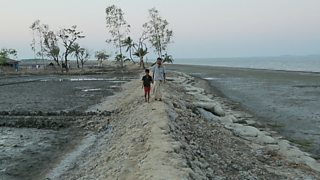 The programme encourages communities to work together to prepare for the effects of climate change and extreme weather and improve their economic wellbeing. It provides a platform for people to share knowledge and inform and inspire others.

Our research shows that more than a third of viewers of the first two series took action to be better prepared for natural hazards or longer-term problems, like food shortages, as a result of watching the show. 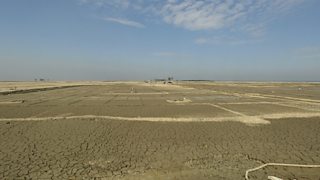 Supti lives in a community of fishermen and salt farmers. The seasons bring weather extremes – the coastal area that was once filled with mangroves and jhau plants has been transformed into miles of barren, cracked and desert-like land. But when the rains come the arid plains flood. Since 1991, six villages on the island have been completely swamped and about 40,000 people have fled to neighbouring areas.

But, in spite of their difficulties, many islanders on Kutubdia are determined to stay.

Fixing the dam together

“When the dam broke last year, all the villagers helped to fix it. Even school children started helping us. My child, who is in sixth grade, also worked to save the dam. But now the dry season is coming up, this is the proper time to repair and work on it. It shouldn’t be done in the rainy season.”

Supti invited me to go with her to a public hearing where she was going to ask for resources from the local government, on behalf of the whole community, to fix the dam properly. 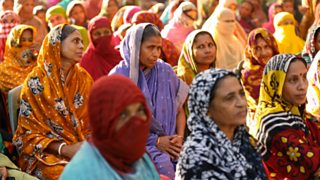 The public hearings, that take place twice a year, are a way that islanders get things done.
“We ask the question to the government officials and they give us answers,” one person explained. “If this kind of thing was arranged in every area then it would be great for everyone”.

Public hearings have opened my eyes

One government representative told me he thought around three quarters of problems are resolved this way. “I think the public hearings have opened my eyes and help me do a better job,” he said.

Following the hearing, Supti was assured that funding would be allocated to repair the dam.
“I feel confident that I can be a leader among the community and help to bring about change. If we understand and demand our rights then we can make progress. ”

As I was leaving Kutubdia I felt inspired by Supti’s determination to get the dam fixed before the rains come again. We hope that Supti, and the many other amazing stories we feature in this new series, will inspire viewers to come together to take action as well as helping climate vulnerable communities to access the support they’re entitled to.

Amrai Pari is produced by BBC Media Action with funding from the UK Department for International Development and the European Commission's Humanitarian Aid Department.