Today we launched the Antiques Roadshow play along app for mobiles and tablets. It's a first for the BBC and builds on the hugely successful Red Button play-along game we launched last October. 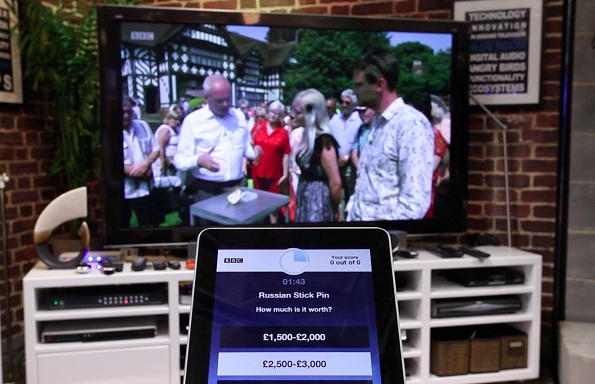 Play along with Antiques Roadshow from your mobile

Here's how it works: launch the app while you're watching Antiques Roadshow, press 'Play along with the programme' and choose a value for each of the objects featured.

A clock tells you how long you have before the expert gives their valuation. The app keeps a running total of the objects you value correctly and gives you a ranking at the end of the programme: novice, enthusiast, connoisseur or expert.

You need to get over 75% correct to get to expert level and believe me that's quite a challenge. At the end of the quiz we'll link you to more information on the top finds of the episode you've just watched and from the series so far.

As development editor my priority was to create a companion experience that would genuinely enhance a programme for a mainstream audience.

We piloted a number of titles but Antiques Roadshow stood out. As soon as we tested the first prototype of the app with audiences we saw what a buzz it created in the living room.

The interface is simple enough not to distract from the programme and the interaction builds on existing behaviour - who doesn't shout out what they think an item's worth?

Antiques Roadshow is a key title for BBC One regularly pulling in over six million viewers on a Sunday night.

It's now in its 35th year and Simon Shaw, the series editor, and his team are constantly seeking out new ways to keep the programme fresh while maintaining the core values that audiences love.

The new app does exactly that. 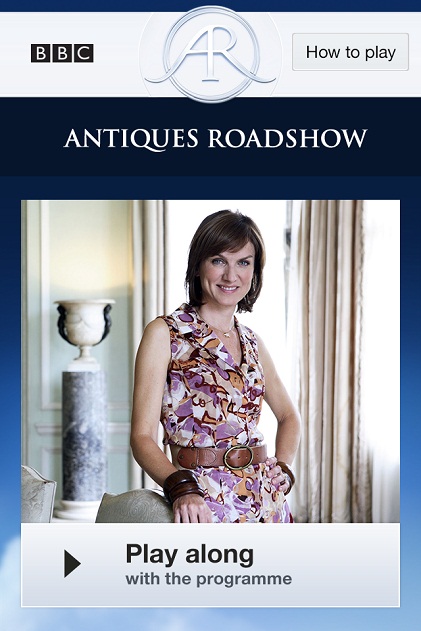 Play along with Antiques Roadshow

The app is one of BBC Vision's portfolio of companion experiences - a strategy driven by Victoria Jaye and outlined in her blog last year and part of the BBC's plans announced by Daniel Danker to build on our Red Button offer in a connected world.

The mobile and tablet app builds on the existing Red Button offer providing a much improved interface and the ability for multiple players to play along in the same room.

So far, over 1.5 million unique users have pressed red to play along and the response on Twitter has been incredibly positive. You can read some of our favourite tweets about the red button service on Tom Bedwell's Storify page (N.B: includes strong language).

At the heart of the app is a great bit of technology that's totally invisible to our audiences - audio watermarking.

We've embedded inaudible signals in the soundtrack of the programme that are picked up by the microphone of a phone or tablet.

These are used to identify the episode, line up the correct questions and then display them at exactly the right point in the programme.

In short it provides a way of joining up your TV and mobile/tablet without having to do anything complicated. In fact it makes the whole experience feel a bit like magic.

It has the added bonus of synchronising the app with the programme however you choose to watch it, whether on BBC One, a recording of the programme or on BBC iPlayer.

There's more information on audio watermarking and one of our early pilots in the R&D blog.

The app was built and designed in Salford by the BBC Future Media team. It's editorially driven by the television production team in Bristol, enhanced by onward journeys into the history behind the programme's top finds from Knowledge and Learning with invaluable contributions from R&D, Marketing and Audiences teams here in London.

It's been an amazing feat of collaboration across multiple teams considering that four-way video conferences were often the only way of linking the teams together. 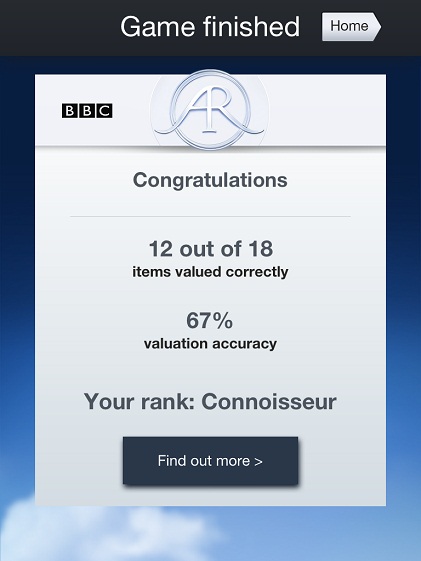 Give it a go and let us know what you think

The Antiques Roadshow website has details on how to download the app and information on when the programmes go out on BBC One.

If you can't wait until Sunday, you can play along now with the programme in iPlayer. Give it a go and see how you do. Are you novice, enthusiast, connoisseur or expert? We'll be keeping an eye out for the hashtag #AntiquesRoadshow if you want to let us know.

By the way, the image above shows my score last time I had a go so beat that if you can.

The app works on Android mobile devices up to 7" running firmware 2.2 & above and iPhones, iPads and iPod Touches running iOS 5.1 and above.