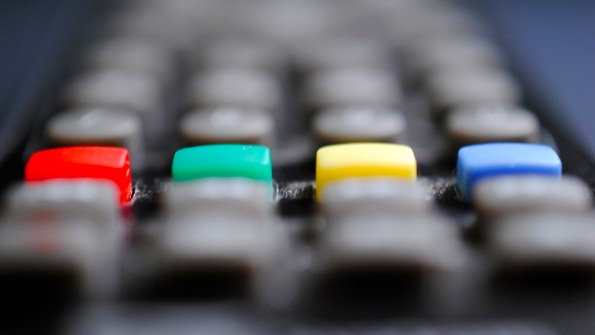 20 million people use the BBC's red button service every month

Over the next few weeks, there will be some changes made to the BBC's red button service. I'd like to explain briefly what these changes are, why they are taking place and what they mean for viewers. I also want to share our exciting plans for how we are reinventing the red button for the future, bringing audiences with internet connected TVs the best BBC content, multiple video streams and interactive services by still pressing red.

What changes are being made and why?

On 15th October the video component of BBC Red Button on Sky, FreeSat and Virgin Media will be reduced from five to one stream, bringing it in line with our Freeview offer. We are doing this because these services rely entirely on linear broadcast technologies, which are not cost-effective for an interactive service like the red button. At the end of this post, I've summarised the background to the decision and provided links to relevant documents which expand on the reasoning behind reducing the number of video streams.

What does this mean for red button?

Firstly, this change in no way signals the demise of BBC Red Button. The BBC is committed to maintaining a vibrant and popular red button service. Twenty million people a month press red on the BBC and our ambition is to develop the service and increase the size of our audience.

BBC Red Button will continue to support a wide range of television and radio output, from big events like Wimbledon and Glastonbury to more niche offerings such as triathlon or BBC Four's archive collections.

This autumn's schedule will be as rich as ever. We'll see the return of the Strictly Come Dancing live commentary and a new play-along game for Antiques Roadshow. BBC Sport output will include Formula One and extended coverage of UK Championship Snooker; there's more live music to look forward to from 1Xtra and Radio 2, and for children we've got a real treat from CBBC's Wolfblood.

Of course, the reduction in video streams will have an impact; we won't be able to offer the choice of coverage we have previously and big events will no longer be multi-screen on red button. This will be a disappointment for many viewers, particularly sports fans, but I'm pleased to say that content previously on red button will be available on BBC Online and we are developing new ways of bringing enhanced coverage of major events to your televisions in the future.

Red button is central to our vision of the future of television. Even though video streams will be reduced on Sky, FreeSat and Virgin Media, we are reinventing red button for the future. In June this year, my colleague Daniel Danker outlined our plan to bring the best of BBC Red Button together with the best of BBC Online on your television - something we're calling Connected Red Button. This will take advantage of new web-based technologies that deliver richer, more visually-enticing programmes. New functions like 'live restart' will be introduced directly to your TV, meaning that next time you come in halfway through The Apprentice, you can simply skip back to the start of the programme. Or, if you don't like what's on, find your favourite programme in BBC iPlayer or catch up with the latest news and sport live and on-demand, all on your TV.

I believe Connected Red Button will be a real step forward for audiences and will lay the foundations for new creative opportunities; new ways of thinking about television and radio programmes.

The first version of the Connected Red Button launches later this year. Look out for more details soon.

I hope this short post gives you an understanding of the changes we're making to the BBC Red Button and gives you a sense of the exciting things to come. Our goal is to create the best possible TV experience for our viewers in a way that is cost effective and flexible, enabling us to update the service with new functionality in the future. I look forward to hearing your thoughts.

Changes to the BBC's Red Button services were first proposed in the BBC's Strategy Review (Putting Quality First) in March 2010, with a new BBC Online strategy, leading to a 25% reduction in spending by 2013/14. In January 2011, the BBC Trust approved this strategy. In November 2010, the BBC Trust Red Button Service Review highlighted the high cost of delivering content on multiple video streams. This review references plans by the BBC's Executive Board to reduce the service on satellite and cable after the Olympics to reduce costs.

The BBC's DQF proposals, published in October 2011, outlined plans to reduce the number of red button video streams from five to one after the Olympics. This was approved and published by the BBC Trust in May 2012.

The change to BBC Red Button requires a number of technical modifications that are happening over the next month. My colleague, Alix Pryde explains more about this on the About The BBC blog.