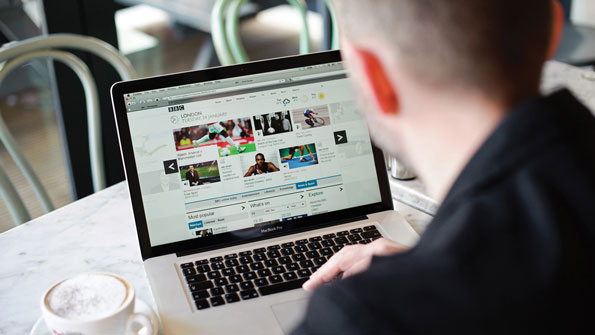 It's now over three months since we re-launched the BBC Homepage in the UK and I'd like to share with you how the page has been performing and what the team have been working on during this time.

Since the launch last year we have made six releases of new code to the page, the latest being on last Monday.

These have included the following particular enhancements:

However, the majority of our work has been laying the foundations for a number of significant improvements that are not yet visible.

These include the availability of more local and national content for users who have set their location preference and the addition of multi-variant testing to allow us to trial different feature changes with small groups of users at a time.

We have also been working on a new UK mobile edition of the homepage for users accessing bbc.co.uk on a mobile device and my colleague Eleni Sharp blogged yesterday about the launch of the beta version.

Lots of you have posted comments on the old blog post asking for some data.

Are there any statistics available comparing the number of visitors and referred traffic to other parts of the site from the old & new version of the home page?

Others have predicted the outcome, including Josh who wrote:

I think the visitor stats are sure to plummet even further after this goes live. What a shame...

With three months of data now available on how people are accessing the new page I have been able to look at the impact of the re-launch.

One of our main objectives with the new homepage was to change the balance of user referrals to the rest of BBC Online - the old homepage sent around 70% of click-throughs to our news, sport and weather sites.

We've also had some interesting feedback from user research that we conducted in February.

Testing revealed that users do not always readily recognise or thus appreciate what's available on the new page but that activity and interest increases once researchers show how much exploring you can do.

Looking at the data available from user clicks on the homepage we can see that a relatively small number of clicks are taking place on the lower half of the page, and particularly on the genre filters underneath the carousel.

This is important information that helps us to identify ways in which we can better enable people to find content that appeals to them.

The team are now looking at how we can improve the visibility and usefulness of these content filters and, as I have promised in earlier blog posts, we will be looking to reintroduce customisation options to the page this year which will allow users to have more control over the content they access on the page.

Plenty of people have blogged about the homepage and commented on the change in style; this recent example from Design Week is a good example of the interesting analysis on our use of different forms of navigation.

My team is now based at the new MediaCityUK site in Salford - we moved in December shortly after the launch of the new homepage - and we have some new faces on board who are looking forward to delivering many more improvements to the homepage during the course of the year - keep an eye on this blog for further announcements.