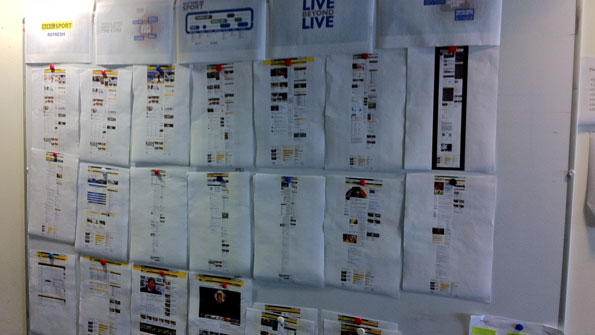 My name is Cait O’Riordan and I am responsible within Future Media for the development of the BBC Sport Website, including our Olympic coverage. Today we have rolled out some major changes to how the site looks and works and I wanted to explain those changes and why we have carried them out.

This redesign is the first major launch of many this year as we get ready to cover the Olympic Games this summer. We are working on some really exciting developments, which will be showcased on the new BBC Sport website.

This redesign has concentrated on doing four main things:

We have tried to do this in a way that makes the site easier to use for the millions of people from across the UK and around the world who use the site every week and are confident it will. But we know that, initially at least, the site will take a bit of getting used to.

We have spent a lot of time talking to our audience to make sure we get this redesign right and the most consistent piece of feedback we got on the old site was that it looks dated. And that’s because it was dated. The last time we did a major refresh of the site was back in 2003 – ancient history in internet terms.

The BBC Sport website is the most popular Sport site in the UK, attracting an average of 11.5 million browsers a week.

People who use our site regularly have their own ways of getting around it. I have been to a lot of usability testing, where we watch as members of our audience use the site how they would normally when they are at home or at the office.

I am constantly amazed by the number of different and convoluted routes that users take to get to the content they love. Now we have refreshed the site some of those everyday journeys have changed. We are confident that people will be able to find new and easier ways to the content they want, when they want it.

We have shown the new site to users and watched again as they have found their way around the new site easily and naturally.

As well as usability testing we have also done some online surveys with a larger group. We showed the new site to nearly 2,000 people, including regular users of the Sport website, and 80% said they preferred the new to the old, saying it had a modern look and feel with a clear layout.

Putting live at the heart of what we do

People use the Internet very differently now than how they did in 2003 and that is reflected in the reasons why people come to the BBC Sport site. While people continue to come to us for written sports journalism they also want the very latest statistics and live coverage of the biggest sporting events as they happen in text, video, audio and photos – complementing the BBC’s long heritage covering live sport on television and radio.

Pages like our football live scores page showcase our new approach to live coverage – and more changes are coming soon.

Our new approach to live is woven into the whole of our new site – with our live coverage prominently promoted and labelled in blue wherever it appears. We have also made our live coverage more prominent across the site – for example including live football scores on the Sport homepage.

Improving navigation across the site

The major difference you will probably notice first is that we have moved from a vertical navigation to a horizontal one – with the sections of the BBC Sport website listed across the top of every page (underneath the links to the main sections of bbc.co.uk).

This has made it faster for our audience to navigate between different sports. We know that a lot of our audience has an interest in more than one sport but in the past there was no quick way to skip from one sport to another.

If you wanted to navigate from say Golf to Cricket, you had go all the way back to the home page of Sport and start again. Now the most popular sections of our site are just one click away wherever you are on the site. 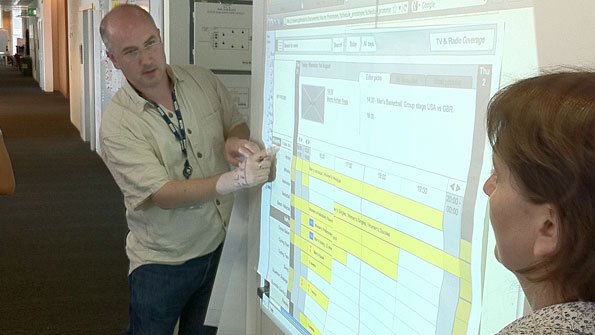 Ben Gilmore, Interaction Designer, shows me some early designs for our Olympic Schedule

The horizontal navigation has less room in it than the old long vertical navigation, which means we have had to make some difficult choices and we didn’t make them lightly.

In order to make the navigation easy to use, we wanted to limit the number of items in the primary navigation to less than nine, to help people make quick choices about where they wanted to get to.

We tested earlier versions of the site with more items in the navigation and people found it harder to use, often missing the “More Sports” link on the right hand side.

We thought long and hard about the best way to choose which sites to include in the primary navigation, before settling on those that are visited most often over the course of the year and which we cover through the 12 months not just around specific events.

The rest of the sporting coverage is now found via a button on the right-hand side of the navigation, called “More Sports”. Clicking on that button reveals a “drop down” menu with all our other sporting sections listed alphabetically. Again, the “More Sports” button is available from wherever you are on the site – making it easier for people to get from one sport to another.

Analysis from the relaunch of the BBC News website which took place in 2010 showed us that when the navigation moves from the left to the top of the page the audience became less reliant on it for all their navigation. Therefore, we ensured that those key sections we could not fit into the navigation – like the Wales, Scotland, Northern Ireland and England homepages – were prominently promoted on the Homepage.

This refresh of the sport site does not mean we are reducing the breadth of our coverage – our journalists will be covering the same range of sports as they have always done. We’ve just changed the navigation to make it easier to move around the site wherever you are on it.

One of the reasons why we are able to cover such a wide range of sports is that we have invested in technology which allows our journalists to spend more time creating great content and less time managing that content.

In the past when a journalist wrote a story they would have to place that story on every relevant section of the website.

Now the journalists tell the system what the story is about and that story is automatically placed on all the relevant parts of the site.

We are using semantic web technologies to do this, an exciting evolution of a project begun with the Vancouver Winter Games and extended with the BBC’s 2010 World Cup website. It will really come into its own during the Olympics this summer.

The BBC Sport website has hundreds of different sections. We knew we wouldn’t be able to refresh the whole site at once so again we concentrated our efforts on the sections that are most used by our audience.

For example, we know that during the UK football season, the majority of the traffic to the Sport website is to the Homepage and to content in the Football section.

That is why we have targeted our efforts here, with new-look content pages and an enhanced statistics offering that we will roll-out for other sports in the future.

A further 19 sections, like Cricket, Golf and Welsh sport have new home pages. We will also be redesigning the statistics pages that go with those sections in the coming months.

At the same time we will be rolling out the news designs on the homepages and statistics pages of the sports we haven’t been able to tackle in this relaunch – like Snooker and Darts for example.

You will still see some pages with the old design in amongst the new redesign pages until we refresh all the hundreds of sections of the sport site, which might be a bit confusing.

Change will also come a lot quicker from now on – we won’t be waiting another nine years to change the site. Instead of infrequent big bang changes we will be making iterative improvements to the site all the time. We will release new features regularly to the site, so the site will continuously evolve and change, hopefully in a way that is less disruptive for our audience. 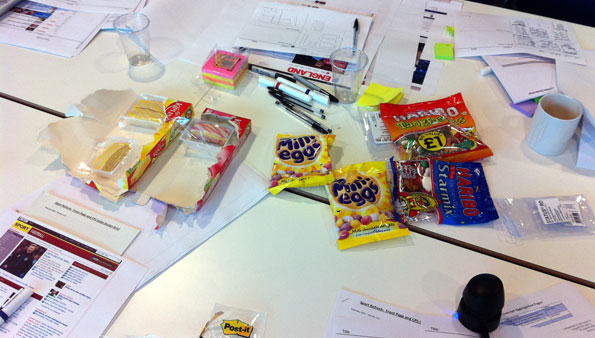 Meeting to create the initial wireframes for the new site. Other high-sugar snacks are available.

We also wanted to make it easier for our audience to talk about Sport and our coverage of it. The new site includes the BBC’s share tools module, which makes sharing content even easier.

Very soon, audiences will also be able to comment on sport stories directly on the sport site for the first time: emphasising the importance of the audiences’ voice to the BBC Sport website.

Talking of which, do tell us what you think

I know people won’t need to be asked twice to give us feedback on what we have done. Our audience is passionate about sport and how we cover it and we love that fact that you are more than happy to tell us what you think.

Other recent high-profile launches of the BBC website have started with a beta version of the site which has allowed people to try out the new sites before they were introduced. For technical and editorial reasons we aren’t able to do this for Sport so, for some, the change may come as more of a shock at first.

We have made some bold design decisions as a result of exhaustive audience research and we are really proud of the new site.

Now it is live we welcome your suggestions as to how the site could be fine-tuned in specific areas as well as general comments and reactions to the new design. Please let us know your thoughts here.

All your feedback will be used to help inform the decisions we make about how best to fine-tune the new-look site as we move through 2012 and beyond.

Cait O'Riordan is the Head of Product, BBC Sport and London 2012