BBC iPlayer on TV in your living room: update

A clutch of BBC iPlayer on TV developments marked last week out as a real milestone in our efforts to get the BBC's on demand service onto more of the big screens in the country's living rooms.

Our latest figures show there has already been a 10-fold increase in consumption of BBC iPlayer content on connected TVs, set top boxes and BluRay players since June last year, so we are certain these efforts are well placed.

• BBC iPlayer is being rolled out onto more and more connected TVs and Bluray Disc Players thanks to growing support for HTML and Flash. This includes new devices from Panasonic, Sony, LG, Toshiba and Syabas.

First off, last week saw Virgin Media formally launch its new TiVo-powered set-top box. And the great news is it has Flash built in and supports our Flash-based BBC iPlayer. If you get your hands on one of these you can find BBC iPlayer in the Apps and Games area or by pressing the Red Button on a BBC channel. 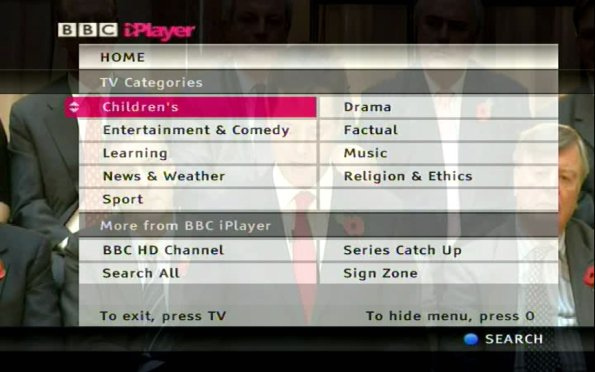 Above: BBC iPlayer as it looked previously on Virgin Media 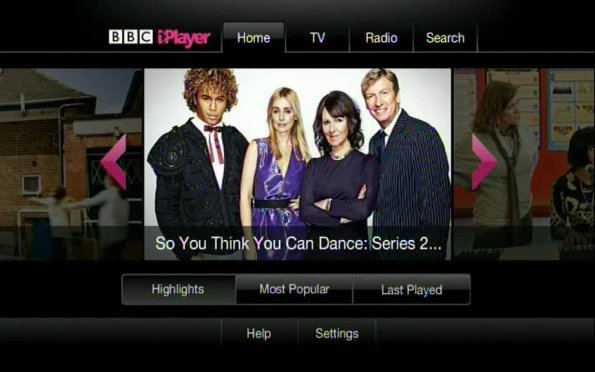 Above: BBC iPlayer as it looks now on Virgin Media

For those familiar with the BBC iPlayer experience on existing Virgin cable boxes, this is an evolution designed to make the most the most of a 'connected' experience.

With a new user interface that makes it easy to find programmes, and an increase in the amount of programmes available, (up from around 600 to 900 hours on average, bringing it in line with BBC iPlayer on other Connected TV devices), catch-up radio, plus popular features such as subtitles and Most Popular listings.

Whilst one of the first, Virgin's Tivo-powered box is not alone in supporting our standard Flash app. Another device we've recently certified is the Popcorn Hour media player from Syabas and we expect to certify more soon.

I'm also very happy to confirm that the roll-out of BBC iPlayer on BT Vision is ramping up in earnest now that BT has started to upgrade the software on those boxes. By the end of next week, 100,000 homes should be able to access BBC iPlayer and by the end of June it should be available to pretty much everyone in the UK with a BT Vision box. If you have one, check out channel 990 to see if it's arrived in your area yet. 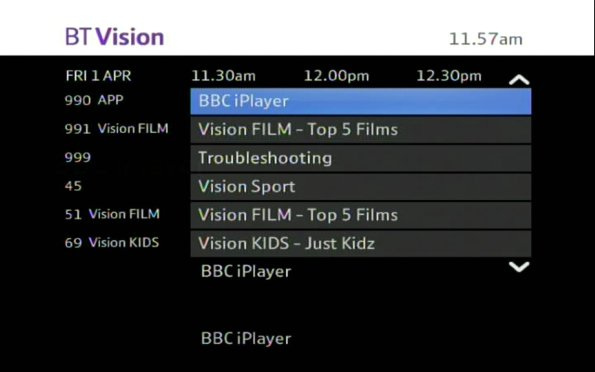 BBC iPlayer as it looks on BT Vision channel 990

The BBC is encouraged that device manufacturers continue to adopt HTML, allowing us to more easily build rich IPTV apps, especially where standards for video control - such as HTML5 - are supported. This year, Panasonic and Sony have joined the likes of Samsung, LG, and Toshiba in launching connected TVs in the UK that support HTML.

And I'm glad to say that we have been able to certify the standard HTML version of BBC iPlayer for TV on these in recent days.

Last week we also made an important release for Freeview HD. We can now offer BBC iPlayer to new connected TVs and set-top box receivers that conform to the latest Freeview HD specification, known as Dbook 6.2.1. This standard version of our application relies on MHEG-5, the same technology that powers BBC iPlayer on millions of Freesat HD boxes, and the technology long used to deliver Red Button services on Freeview and Freesat.

The first product to be certified for this version, accessed via the Red Button from a BBC channel, is a new Freeview+ HD PVR from Sony (see below). 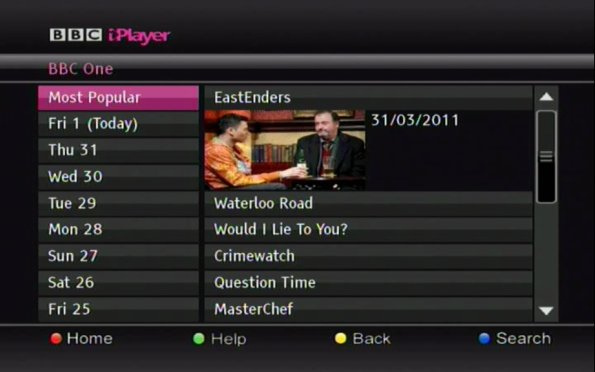 As you can see we are working hard to deliver BBC iPlayer on a variety of devices that you connect to your living room TV.

And in future we hope to use the same technology to bring you even more enriched IPTV services from the BBC.

So keep an eye on our Where to Get BBC iPlayer page, which we will be updating soon to list every single model certified for BBC iPlayer.