Listening to the Proms in Extra High Quality 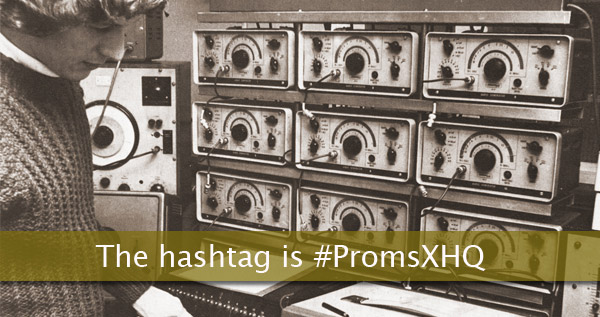 Editor's note: for the final week of The BBC Proms you'll be able to listen to the live radio broadcasts from The Royal Albert Hall in Extra High Quality audio. The man who came up with the idea explains the thinking behind the experiment- SB

You could make a strong case to say that of all the digital platforms used by BBC Radio, the internet delivers the best quality. We have invested over the last two years in a completely new system to code our audio for the internet using respectable bit rates and AAC coding technology. The system is known as 'Coyopa', named after one of the two Mayan gods responsible for thunderstorms. The god Yaluk makes all the lightning flashes, Coyopa makes the impressive noises.

Using our Coyopa system we distribute within the UK most of our national radio stations at 128Kb/s whilst Radio 3 is available at 192Kb/s. The audio feed for the internet distribution is derived from the signal path used to feed digital television and in the case of Radio 3 this means (like DAB) that there is no multi-band transmission processing involved. I wondered how good we could make Radio 3 sound on the internet and what people would think of it. Would it be a welcome improvement? Or given that most people don't have high quality amplifiers and speakers connected to their computers, would they even notice the difference? 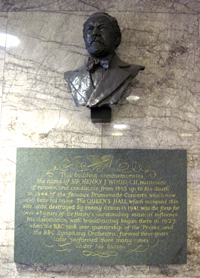 The choice of content for the experiment was obvious to me - we had to use the BBC Proms concerts. They always attract a strong audience and this year we have a brand new outside broadcast vehicle at the Royal Albert Hall and a new link from there back to Broadcasting House. The link from the truck to Broadcasting House is linear (uncompressed) audio with a frequency response extending to 22KHz, making it one of the best audio sources available to us. The signal passes through our internal digital routing systems to the Radio 3 Continuity Suite, from where it feeds our Coyopa internet coder. After the Last Night of the Proms on 11th September the experiment will end, so listen to the stream whilst the Proms are being broadcast and please do complete the feedback form to tell us what you think of the experiment.

By happy coincidence, the experiment has been dreamt up and realised by a team of BBC staff who work in an office building called 'Henry Wood House', named after the founder of the Proms Concerts. Henry Wood House was built on the site of the Queen's Hall, which was the home of the Proms until it was destroyed by an incendiary bomb in 1941. The team walk past a bust of Sir Henry Wood as they come to work each day.

Rupert Brun is Head of Technology for BBC Audio and Music