This is a post of course to say hello - but also a sort of goodbye.

For the BBC - as for all of us - HD at the start was about technology. For that reason, engaging through the BBC Internet blog made absolute sense. 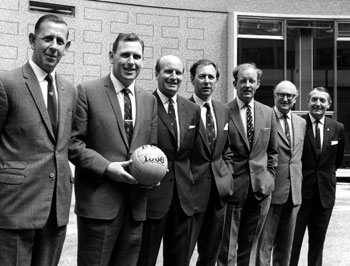 But in the nearly four years since we began HD broadcasts - this summer will see the second World Cup to be broadcast by the BBC in HD - the technology has matured to an extent, and the challenges for us have also expanded. You remind me frequently of the importance - and quite understandable frustrations - around scheduling, sign-posting HD content, and the choices we continue to make about the programmes that will and will not be in HD. I've continued to try to address these questions alongside those about the ways we use HD broadcast technology within this blog because I know that an interested community has assembled here. But increasingly HD - which in my view at the moment is primarily a television rather than an internet technology - has sat slightly oddly with the other topics covered here.

A BBC Television blog is now up and running and feels like a natural home for my postings. BBC HD is in the process of growing up, and it feels appropriate that its blogosphere life should take place alongside the BBC's other television channels. I hope that as many of you as would like to, will join me there to share in the continuing development of what we are doing in HD. I will of course keep across the discussions here - I will continue to comment where it feels appropriate, and Andy Quested (Head of Technology for BBC HD) will continue to publish here when there are more complex technical issues to deal with.

I believe firmly that HD is the future of television, the next stage on a journey which has progressively seen what television can offer become both more and more lifelike and "real", and also more and more creatively confident and inspiring through the development of television as "art". BBC HD may be the smallest BBC channel right now - but we're only available of course in those homes which currently have HD connections (around 12% on the last count) and we are probably the fastest growing. Thank you for your support here, and please do move with me on to TV cyberspace on the TV blog.

And a final few post-scripts to respond to questions: