"BBC Online should enable the BBC to develop a deeper relationship with licence fee payers and strengthen the BBC's public accountability."

It's stating the obvious to note that the BBC has made a big move into social media and blogging over the last few years. And (again at the risk of stating the obvious), it's also a place where relationships are built and developed - the operative word here is social.

The more fanatical readers of this blog may remember me from a previous life as the BBC's Interactive Editor for Music. But I now work for an independent consultancy who have been commissioned by BBC Online to help explore some key questions around accountability and how that relates to the BBC's social media activity.

As part of this work, I'm spending a bit of time studying ways in which BBC is fulfilling that stated mission - developing a deeper relationship with licence fee payers and strengthening its public accountability - through its social media activity, and in particular through its blogs. 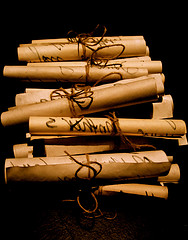 It's clear from previous discussions on this blog and elsewhere that some of you have strong feelings about this already. It's also clear that it's hard to please all the people all the time. And many of you have thought carefully and coherently and have already arrived at some firm conclusions.

But beyond the heat of the arguments, I'm also very interested in trying to nail the definitions of some of the words and concepts in play.

So here are some questions for you:

What is accountability? (here's one definition from Wikipedia)

What should accountability look like online and in the context of blogs in particular?

Can you think of examples of the BBC getting this right? Getting it wrong? For example is the way the Internet blog has discussed DRM a good or a bad example of accountability? How does what the BBC is doing compare with other organisations?

Please let me know your views on this - especially if you haven't had the chance to do so in previous discussions. I will read every comment, and your views will form an important input into this piece of work, some of which will (hopefully) be shared on the BBC Internet blog.

Matthew Shorter is a director of Doubleshot Consulting.