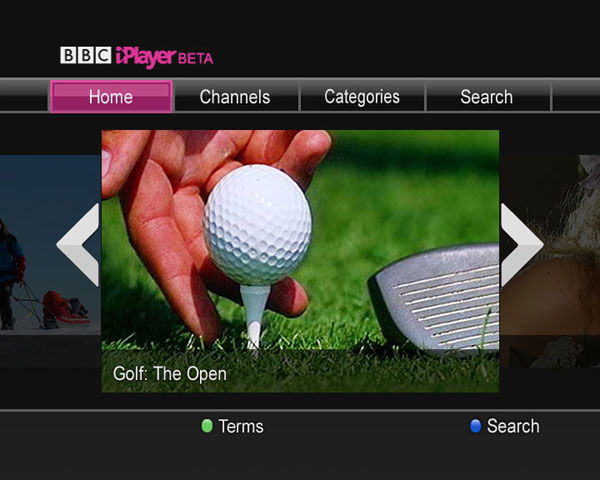 December 2009 saw the latest addition to the BBC iPlayer family, with the start of a beta evaluation period for Freesat devices.

This is the first time that we've delivered a service as complicated as BBC iPlayer onto a normal, household set top box or TV set, and we initially restricted the beta to a closed group of users.

Since then many Freesat users have been asking when they'll be able to try it for themselves, and as our testing has been going well we're making the beta product available more widely, and you're invited!

Once your box is connected, to access BBC iPlayer you just need to:

After a few seconds, BBC iPlayer will appear on screen.

Whilst currently the Freesat version of BBC iPlayer is currently available on Humax set top boxes, it will become available to all Freesat HD set top boxes and Freesat HD TVs as soon as possible over the coming months - including all HD boxes and TVs with Freesat built in from launch. Please note the Freesat SD boxes won't work with BBC iPlayer at any point. In the meantime, if you have a different Freesat device to the Humax equipment then I'm afraid BBC iPlayer is not available.

During the beta period, we'll be working hard to make fixes and improvements and we'll continue to blog about our progress. Naturally we're interested in finding out about your experiences using the service - hopefully all good however if you have any problems, we'd also like to know as well. Just leave us a comment below.