Pic of the day: iPlayer on the Wii 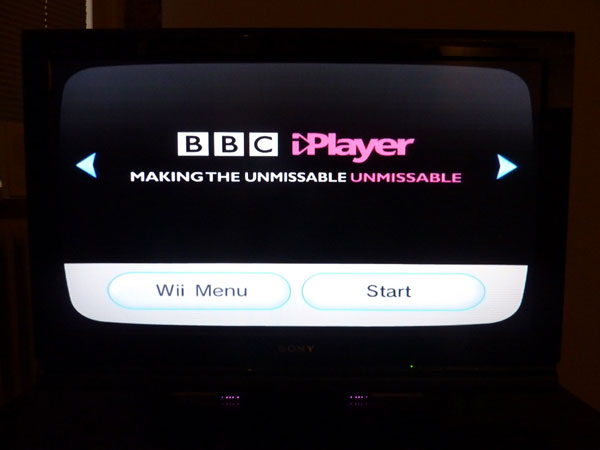 Last night, or rather at midnight, the BBC iPlayer channel was released for the Nintendo Wii.
The iPlayer has been usable in the past using the Opera-powered browser channel, but has been of limited quality and, well, not very easy to use. Now we have a very specific channel just for iPlayer. And it's been a long time coming - the BBC have been talking about it for a year and a half.
However, I can only assume they've spent this time on development and testing because the end result is superb...

Earlier this week on the blog Rahul Chakkara, Controller TV platforms previewed some screens of the upgraded iPlayer on the Wii. The service went live last night and we're starting to see and hear what you think about it. So far, like David Artiss's blog post above, they've mostly been positive as have the comments on Rahul's post. One of this blog's commenters Andrew Oakley has written a neat summary of features in his post BBC iPlayer for Ninetendo Wii: First Impressions . But if you are having problems then do check out the iPlayer messageboards.

It looks like a good job all round so many thanks to everyone concerned and keep the feedback rolling in.