Pic of the Day: BeebCamp 3 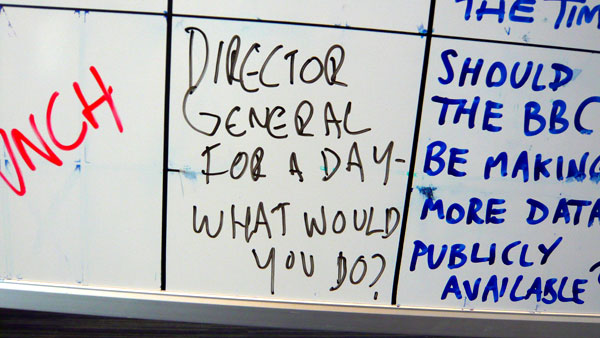 I managed to sneak out to catch a few sessions at BeebCamp, an event organised to bring together BBC people from different areas to work together for the day. I'm normally a bit of a cynic when it comes to organised attempts at creativity but I'm happy to admit that in this instance I'm very wrong. The two sessions I attended, the first on social media and news stories and the second on story-telling online, were quite inspiring and served to remind me that there are a lot of very very smart people around the place.

I'll pull together any blogs, reports and pictures on today's sessions in a round up next week. In the meantime read about BeebCamp 2 and the first BeebCamp (and follow #bc3 on twitter - NR).
Paul Murphy is the Editor of the Internet blog.