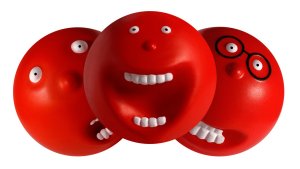 Six months ago we launched the BBC Comedy Blog on Red Nose Day with Danny Robins live blog. I remember sitting next to a Mountie for most of the night, drag queens getting more attention backstage than Cheryl Cole and Minty from Eastenders, who I think showed us his penis on live television.

That blog made up the last part of bbc.co.uk/rednoseday jigsaw which we found out over the weekend won the Prix Italia Award for Best Special Event Website. I hadn't had a look at the Red Nose Day site for a while and at the time we were all working on it we were also trying to launch Comedy Extra so I think there's some public recognition long overdue.

Red Nose day is one of those special occasions when you feel lucky to work at the BBC. The whole corporation comes together with Comic Relief - and ultimately the British public - to do something extraordinary. The combined BBC Red Nose Day and rednoseday.com websites were a great expression of that collaboration. Credit goes to the teams that built and populated the sites, those that climbed Kilimanjaro and sent video off that mountain day and night, to the talent, and the TV and radio shows who really saw the added value that the web could offer this year's Red Nose Day.

This was my first Comic Relief working on the interactive side, and the best example I can cite of how different it all felt from working in TV or radio was when, on the night, Comic Relief asked celebs to do live donation appeals via Facebook. It went in as raw video, and a few seconds later hundreds and hundreds of comments pinged back. That was a bit of an eye opener...