Earlier this year whilst Steve Bowbrick was blogger in residence for BBC FM&T, he spent some time looking at "openness" at the BBC. Part of Steve's definition of openness was the "uncomplicated, generous use of licence fee funding to produce content, code and other assets in forms that can be shared".

In his round up, Steve mentioned some of the open source software that the BBC has created such as Kamaelia and Glow. At the time Glow was not actually available outside the BBC, but we are happy to announce that Glow is now released under the Apache 2.0 licence.

That's all very well you may say, but what on earth is Glow?

Glow is a JavaScript library used extensively across BBC Online, and now available for anyone to download and use on their own sites.

We started using Glow on bbc.co.uk in late 2007, and since the start have always intended to release it for wider use. It's taken a little while to get there, but we are very excited to be in this position today. The BBC and open source software have a long history; much of bbc.co.uk is powered by such software, and amongst other things we have released various CPAN modules, Apache modules, and even state of the art video codecs. 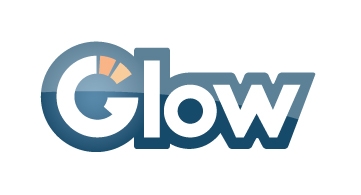 Of course, there are many excellent JavaScript libraries available already, many of which are open source themselves, so you may ask why we chose not to adopt one of these? The simple answer can be found in our Browser Support Standards. These standards define the levels of support for the various browsers and devices used to access bbc.co.uk: some JavaScript libraries may conform to these standards, but many do not, and those that do may change their policies in the future. Given this fact, we decided that the only way to ensure a consistent experience for our audiences was to develop a library specifically designed to meet these standards. A more in depth look at this question is available on the Glow website.

If you want to find out more, we recommend you have a look at the Glow website, and if you are of a technical persuasion perhaps even download the library it and have a play. Whatever you think, we welcome your feedback.